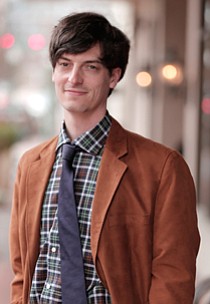 Born in Vicksburg, Tim Summers, Jr. has deep roots in Mississippi. From his early childhood years to his time spent at the University of Mississippi, his interest in the story of the state and her people has led to a career focused on helping people, and now Jacksonians, learn more about themselves and the world around them. He has a cat named Merlyn and hopes to soon ride his bike through the City, dodging potholes along the way.

DA Smith Wins on One Count, But Passes on 'Whistleblower' Bad Check Claims

The trial against Downtown Jackson Partners President Ben Allen wound up on Feb. 7, even as the woman who landed him there remained conspicuously absent from the courtroom.

Mayor Tony Yarber and his administration recently became defendants in another sexual-harassment lawsuit, this time saddled with charges of steering city contracts to campaign supporters.

The jury in the trial of Downtown Jackson Partners President Ben Allen found him guilty on one count, not guilty on nine others after six hours of deliberation.

Robert Gibbs, the attorney for Downtown Jackson Partners, took the stand this morning in the trial of DJP President Ben Allen in the same courtroom where he presided as a Hinds County circuit judge for more then seven years.

Mayor Tony Yarber and the City of Jackson are facing another lawsuit alleging sexual harassment from a former employee, except this time the former Equal Business Opportunity manager asserts that she “was unwittingly caught up in” a “pay-to-play” scheme for lucrative contracts.

The City of Jackson's monopoly on wastewater treatment for the region lost ground last week as a Rankin chancery court agreed with an earlier decision to allow the West Rankin Utility Authority to build its own wastewater-treatment facility on the Pearl River.

The trial of Downtown Jackson Partners President Ben Allen began this morning with opening statements and testimony from an attorney who formerly worked with the state auditor's office asserting the money DJP collects from downtown property owners is public money.

A well-known and nationally recognized political operative that Mayor Tony Yarber refers to as a "kingmaker," Mitzi Bickers, has been mentioned in connection to a federal bribery investigation into the Atlanta, Ga., municipal government.