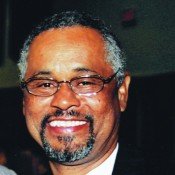 Read the conflict-of-interest policy (PDF)
This story has been updated to reflect a correction.

The U.S. Army Corps of Engineers is demanding compliance with a tight conflict-of-interest policy before it will approve a Rankin-Hinds Pearl River Flood and Drainage Control District, aka the Levee Board, resolution.

The resolution proposes that the John McGowan-backed Pearl River Vision Foundation "assist and represent" the Levee Board in negotiations with the U.S. Army Corps of Engineers to create an updated flood-control plan for the Pearl River. The foundation's vision matches that of a majority of the Levee Board. It wants to create a new lake by dredging the river and installing an underwater dam. The board says a lake can be big enough to contain floodwater comparable to the historic Pearl River flood of 1979. The foundation, a non-profit, proposes to partner with the board in its pursuit of a lake plan and act as the go-between for the board and the USACE in herding the lake plan through the complicated federal approval process.

One problematic step in that process involves the district coming up with an estimated $2-million match to finance an estimated $4-million plan to study the proposed lake plan. McGowan Working Partners spokesman Dallas Quinn said the Foundation would put its own engineers on the project, which would make the Levee Board's $2 million match unnecessary.

Corps attorneys, however, told Levee Board attorney Keith Turner that the board needs to have a strict conflict-of-interest policy in place for PRV contractors before moving forward with the resolution. Turner submitted to the board this morning a four-page draft policy that demands from contractors a detailed disclosure of financial interest in the project, among other things. One requirement is "a list of the contractors, subcontractors and members of each entities immediate family's interests in real property located" in the area affected by the new lake or levees.

The agreement, drafted by Turner's office, restricts any cozy deals made with contractors who are friends or family members or who offer special considerations.

The Jackson Free Press reported that McGowan and family members, as well as members of McGowan Working Partners, Levee Board member Leland Speed and other supporters owned land in the Two Lakes footprint.

Levee Board member Socrates Garrett said he had reservations about the restrictive nature of the policy but was among the members who voted unanimously in favor of it for the sake of moving the process along.

The list of contractors and technical consultants proposed to form a percentage of the foundation's board include Wildlife Technical Services Inc., and Sol Engineering Services, among others.

Turner said the Levee Board had to agree to the conflict-of-interest policy before endorsing its resolution with Pearl River Vision Foundation. The board voted in support of a preliminary resolution with PRVF in April.

In the original version of this story, JFP reporter Adam Lynch reported that "The (L)evee (B)oard voted in support of a preliminary resolution with PRV in April, but did not vote on the final version today because board member Gary Rhoads was not available." The vote that the levee board did not address was in reference to the ﻿Lefleur Lakes Foundation, not Pearl River Vision Foundation. The Lefleur Lakes Foundation vote was not related to the conflict-of-interest policy. The April resolution on the PRVF was final, but now will be subject to a conflict-of-interest policy. We apologize for the confusion.

Note: Leland Speed's name was misspelled in the story that went out in the JFP Daily. Updated above.