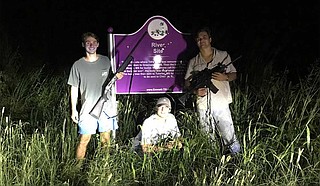 By not taking a firm position condemning the conduct of three men who attend the University of Mississippi who disrespected Emmett Till, colleges officials are disrespecting black students, Maisie Brown writes. Photo courtesy ProPublica/Instagram

For knowledge and wisdom. This is the motto of the University of Mississippi or as it is more "affectionately" known to some,  "Ole Miss."

As a lifelong Mississippian, I've long heard the tales of this infamous school from people around the community and state, varying in color and age. Some will expound on the tremendous leaps and bounds the university has made to ensure the environment is one conducive to all people since slaves built early buildings there in the 19th century. Others will use its history as a telltale sign of its seemingly terminal battle with racism and bigotry.

With its tremendous history of violent embroilment with integration and the insensitivity present in its very popular nickname—"Ole Miss" was the nickname of the white master's wife—it seems as if the university would take any steps necessary to not only improve its embattled image, but turn a new page in its history. But it had a mediocre response to an issue expanding far beyond Oxford, but our country as a whole.

As many saw in recent weeks, an image resurfaced of a group of three University of Mississippi students standing in front of Emmett Till's memorial site. Smiling from ear to ear. Shotguns in tow. The bullet-riddled sign was the perfect background to their stage of white supremacy and belittlement. White  murderers destroyed the soul of a 14-year-old young boy in the very space the men in the photo assumed as their own. They wanted to instill a sense of fear.

The university took months before the photo went public to make no step toward any actual action. The men's fraternity decided to wash their hands of these members as backlash grew. Why is it taking so long for the school to respond meaningfully?

Despite the outrage from regions all over the country, university officials  declared that since the incident did not happen on school grounds or violate the code of conduct, it was simply out of their hands. If this does not violate the code of conduct, what does? And does the violent and intimidating actions of students have to happen on campus  before the deeds are condemned?

This is not the response we as the general public deserved, but especially not the black students who walk those grounds every day. Though they only make up roughly 12% of the student population, black students are still there. Their bodies are present. Their souls take up space. Their feelings are still existent.

As they walk through campus, must they stand shoulder to shoulder with men who thought absolutely nothing about an event that had an eternal effect on the lives they live today? Must they stand under an administration that obviously does not consider their feelings and comfortability? Must they stand for a school who in return has not stood for them? The University of Mississippi has once again failed its black students as it has done time and time again throughout its history, and as America has done time and time again to black people.

This could have been a pivotal moment of change where university officials took a firm stand against white  supremacy, as so many others have taken. This was an opportunity to harness and nurture the black bodies and minds they say they aim to educate. This was a chance to help break up its seemingly endless dance with the devil of racism. And they have failed. Miserably.

What must happen before steps are taken? How many times do black students and people have to be disrespected and  disregarded before you decide to serve those who do not look like the majority? 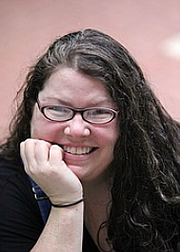 The woman who led racial-healing efforts at the University of Mississippi says the Emmett Till sign incident shows the college must do more.

Enough is enough. Time is up. In 2019, it is simply unacceptable to remain complicit in such acts as heinous as these. You cannot claim to be past history like yours when you keep allowing these very people to remain. And to thrive.

These are not the minds and hearts that need nurturing; they need to be reprimanded. We, as Mississippians, need to take a stand against this type of hate. We can only truly do this with the unconditional support of our academic institutions and its leaders. You are helping set a precedent that people can openly—and happily—express insensitivity, belittlement and hate against those that they are around everyday.

We cannot set ourselves up for failure again. This is not the Mississippi I know, but I wonder if it is the "Ole Miss" I've  long heard about.

Maisie Brown, a senior at Murrah High School, has written columns for the Jackson Free Press since she was 15. She is an alumna of the Mississippi Youth Media Project.