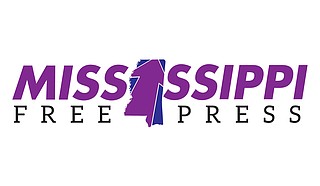 Media and journalism should provide a moral and cultural compass in Mississippi for all residents of various ages, backgrounds, races and ethnicities, but it too often fails us. Journalism leadership in Mississippi and the U.S. overall is too white and too male, and too often slanted toward their needs and implicit or explicit biases.

A huge challenge is an obsession with partisanship and, especially, not appearing too "blue" or too liberal when issues that affect women, children and people of color are not "blue" or "red." Elections are covered like horse races with headlines about who is "more conservative," whatever that means in the moment. Too many voices go unheard. Media don't ask real people what they think. They're afraid of embedding real history and the dialogues that result such as the fact that Cindy Hyde-Smith attended a segregation academy, and sent her daughter to one, or that Jim Hood's and Tate Reeves' fraternity brothers appeared in blackface—and why it's important if the candidates do not effectively address those histories.

Most vitally, Mississippi media tend to ignore systemic causes of today's problems and fail to do the hard work of vetting and reporting solutions. When they do interact with the public, they hold panel discussions to talk at people rather than with them, preaching more than listening. And routinely, they ignore concerns and the need for women in leadership roles, seldom even promoting them to top positions in their newsrooms.

Still, they love to talk about "brain drain" and "diversity." But you don't keep people here by pandering to racism and sexism. Quite the opposite, in fact. You do it by digging for real information, telling true stories in compelling ways, offering a wide variety of voices and by vetting solutions, not just telling hero stories. 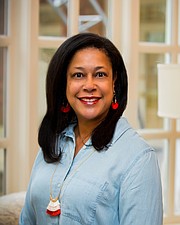 Media can help solve problems and change things for the better by engaging the community in their concerns. You do it by shutting up and listening, then reporting. You do it by presenting honest media narratives about our communities and our children, and not taking the easy way out by splitting every story down a fake middle. You don't do it by counting how many Democrats and Republicans—usually white and male—you quote in your stories.

The need for a new moral and cultural compass is why I and my co-founder Kimberly Griffin are announcing a new media project today called the Mississippi Free Press, which, like this newspaper, is named in homage to a Civil Rights Movement newspaper in Jackson produced and printed by a multiracial group from Medgar Evers to Hazel Brannon Smith. Medgar was killed for his efforts to defy the white status quo, and Hazel died penniless for it. But they did it anyway.

The people of Jackson and Mississippi who believe in reporting truth to power, left or right, must also "do it anyway." And an abundance of women must be in leadership roles to bring attention to all those stories—not just about powerful white men and poor black women, but also about powerful black women and poor white men. And white women and Latino men. And adults and children of all ethnicities. The spectrum of public-interest journalism is wide and complicated, and needs to serve our full community. Journalism with a moral compass does not just serve the powerful and their limited views of the needy.

The Mississippi Free Press, launching in 2020, will be a new nonprofit website that supports deep, contextual, solutions journalism around the state. It will exist alongside the Jackson Free Press, which will continue to serve the capital-city region in print and online. Don't worry, the JFP is not going anywhere.

MFP is not doing he-said-she-said journalism, and it won't have time to fixate on partisanship in any direction. It will go deep into historic causes of today's problems and explore potential solutions from inside and outside the state. We plan to cover our politicians in Washington as they help shape policy that affects us, often in negative ways. We plan to launch a statewide Let's Talk Mississippi podcast network, along with produced story podcasts.

MFP will also continue our tradition of education by training both Mississippians and fellows from outside the state to do rigorous, narrative journalism projects, as well as work with teenagers, including from the Mississippi Youth Media Project, who immediately embrace the reporting of solutions and not just problems. "What's the solution?"

And, of course, women will lead MFP in ways that we see in no other statewide media outlets. Gender issues will always be top of mind. Women should not just be a political pawn and ignored. We must lead, and we must be heard. MFP and Let's Talk Mississippi will feature a wide variety of women's voices of all ages, alongside others.

Initially led on the ground by award-winning reporter Ashton Pittman, a man in a same-sex marriage who had his own experiences with segregation academies, much of MFP's statewide coverage will be available for free for republication in other media outlets inside and outside the state.

Kimberly, Ashton and I and the rest of our team believe that every Mississippian, and American, should have access to real information and history to create state and national dialogues such as that created around Ashton's coverage of a U.S. Senate candidate's connection to segregation academies. We will avoid partisanship by refusing to divide stories down a fake partisan middle, tell the truth with style and let the chips fall where they may. That is journalism with an impact. We are far more interested in solutions and impact than partisan politics.

I hope you will support our deep reporting in areas like criminal justice, entrepreneurial solutions for the state's economically challenged communities, improvements to health and health-care access in Mississippi, our solutions-based education lab and cold-case investigative narratives that bring the past into the present.

You can help by telling others about Mississippi Free Press, hosting a house party, attending our new MS Citizens Agenda brainstorm sessions around the state and, of course, donating what you can on our startup funding page hosted by the Community Foundation for Mississippi.

Kimberly and I are launching the Mississippi Free Press because it is so needed in our state. We have such potential for greatness if we take advantage of our resources as a state, report and collaborate on solutions, and believe that our future can be brighter than it's ever been.

Donna Ladd is co-founder of the Jackson Free Press and the Mississippi Youth Media Project, and the executive producer and host of LetsTalkJackson.com. Read her blog at donnaladd.com.