OPINION: 'Faith' Is Inadequate, and Dangerous, Cover for Racism 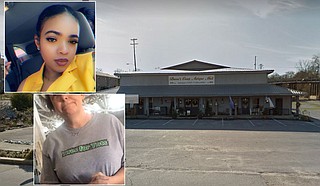 “First of all, we don't do gay weddings or mixed race,” said Donna Russell (bottom left) of Boone’s Camp Event Hall to LaKambria Welch (top left), who was there to ask about renting the venue for her brother’s upcoming marriage. Photos courtesy Google Maps and LaKambria Welch 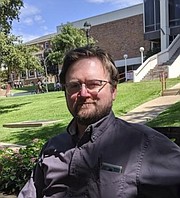 "First of all, we don't do gay weddings or mixed race," said Donna Russell of Boone's Camp Event Hall (101 E. Church Street, Booneville) to LaKambria Welch, who was there to ask about renting the venue for her brother's upcoming marriage.

"OK, so why not—" Welch responded.

"OK, we're Christians as well, so—what, what in the Bible tells you that —?"

"We just, yeah, we don't participate."

"We just choose not to."

For hundreds of years too many Mississippians have had to do the backwards math of squaring their Christianity, with its central message of salvation through love, with their own racial repulsions.

Our opinions (religious or not) are not exempt from scrutiny by our peers, and despite its ills, social media at least affords us chances to scrutinize the small moments that build up our daily experience of the world. Thanks to Welch's recording of this one vulnerable moment in the life of her family, we all get to look at it and think about it closely.

Russell begins with "first of all," as if there is going to be a second point, or third. She seems not to have really meant to say "first of all," but rather something more like "the bottom line is." She begins with the end. It isn't meant to be a conversation, but a simple denial of service based on race.

Welch wants to know why. Russell speaks up and misspeaks. "Christian race," she says—which is ripe for us to make more of, and though race was clearly much on her mind, let's accept it as a slip of the tongue. She then comes to the point: she has some kind of religious opinion that she believes gives her the legally protected right to deny service to "mixed race" couples. Race is not defined here, and we could wonder if Russell would accept a non-mixed, non-white couple. Would they accept two straight Persians? Two Ainu? We may never know.

Welch lightly prods for answers—after all, her family are Christians, too. What is in the Bible, she'd like to know, that forms the basis of Russell's position? But Russell isn't having it.

It's not clear if Russell is averse to providing evidence for her religious opinion because, (a), she feels that doing so would set a dangerous precedent for others who wish to deny service based on race in the future—maybe folks in a similar position would have to pass some kind of orthodoxy test to make sure their religious opinions were rigorous enough. Or, (b), she wouldn't be able to provide the needed evidence in any way that would stand up to clear-eyed critique.

Welch now seeks confirmation—she asks if this is what Russell believes, and whether indeed this belief is a Christian one. The two of them then part without apparent hostility, though probably not in Christian fellowship. It's hard to find agape in their dialogue.

After the video went public, Russell backtracked on her comments, saying she was wrong and that "what I had thought to be supported by the Bible was incorrect."

But it is clear she was not the only one who held these beliefs.

Beyond religions themselves, religious opinion is gaining ever more power today in Mississippi, thanks to 2014's "Mississippi Religious Freedom Restoration Act." Everybody's got a right to their own opinion, and their own religion, right? So racists, segregationists and anti-miscegenists can now back up their mere (and at least occasionally unstudied) religious opinion with the word of the law: they've got a right, so long as a religion (of whatever kind) is involved.

A "person's right to the exercise of religion," the law says, shall not be substantially burdened by the state. Thus, the owners of Boone's Camp Event Hall are empowered to deny the use of their venue to a mixed-race couple on the basis of a religious opinion about race, and the couple cannot appeal to the state for equal protection ... lest it substantially burden Boone's Camp.

The law may be on the Russell's side, for now, but it doesn't take many of these kinds of incidents to reveal its absurdity. Will a Fondren imam be similarly protected when he denies a young pink-polo, flip-collared preacher his mocha frappucino (because he thinks the preacher seems kinda ... gay)? Would courts see a substantial burden placed on a high priestess of The Fictional Church of Supernal Lesbianism when she is asked to bake Holy Moonbeam Crackers for a couple of straights from Mendenhall?

What about my burden, when I move back to Pearl and finally get around to setting up my Star Trek religion, and set my phasers to shut the hell up already and let love be the whole of the law?

Good luck, Ms. Welch, and God bless you and your family for your patience with your neighbors. They don't deserve you.

Woody Evans is a librarian from Shady Grove community, near Mize, Miss. He lives now in the Southern Great Plains, where he studies his yard and writes tanka about lite industry. Follow him at @quarrywork on Twitter.