Jackson's Elders at Risk and Looking for Solutions 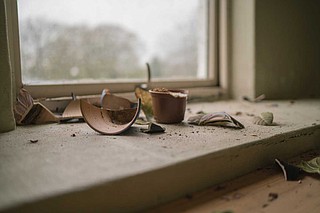 West Jackson has seen several home invasions in the past few weeks, including the assault of a 95-year-old woman. Residents want solutions and for the police to take the threat to the elderly seriously. Photo by Daniel Tafjord on Unsplash

Christie Jackson had just come from the grocery store on July 5 at around 6 p.m. when she saw her 95-year-old neighbor, without shoes on, across the street on another neighbor's patio. She went outside to check on her.

"Call somebody. Someone has come in my house and beat me and choked me,'" the neighbor told Jackson.

Jackson told her son Matthew to get her neighbor some shoes, and she immediately called 9-1-1. She then stepped out into the street and saw that her neighbor's front door was wide open. The cops were taking too long so she called the Jackson Police Department's dispatch number. Soon, both an ambulance and police showed up.

As other neighbors started to come outside to see what was happening, the police arrived and checked the house but did not find anyone inside. American Medical Response medics inspected her neighbor, but they said they did not find any bruising or signs of struggle, she said.

But the elderly neighbor was clear that when she went to her storage room, a man was standing there. He then dragged her into the house, sat on her back, and was beating and choking her, she told those gathered.

The attacker asked Jackson's neighbor where her money was, and she told him she would give it to him if he let her up. When he did, she ran through her kitchen and den before bolting out her front door.

It was clear to Jackson that the elderly woman was attacked. "After AMR left, you could see the purple bruises started to come in her face. Within the hour, you could see finger (imprints) on both her arms. It was clear someone had grabbed her," she said. "She had carpet burns on her knees. She had a knot coming up on her forehead."

Despite what they saw, Jackson said the police maintained that there were no signs of a break-in and questioned the neighbor's sanity.

"He kind of played it like she imagined it. Not this lady. Not her. She is very much in her right mind," Jackson said.

The officer wrote the report as an assault instead of a home invasion because there were no signs of a break-in.

'See Something, Say Something'

Jackson is concerned about the response to her neighbor, especially because police officers say crime in the area has decreased.

"It was unreal to think that someone would do this to her. It used to be where old people and kids were off limits. I don't know what people are on or what's going on in this city, (but) they are preying on the elderly, and some elderly people are scared," she told the Jackson Free Press.

This incident, along with a string of other incidents, was cause for an emergency community meeting at the Golden Key Community Center on July 9. Residents from the Shady Oaks, Bel-Air, Delhaven and High School Park community went to the meeting to voice their concerns with officers from the Jackson Police Department, who were also in attendance.

Joyce Jackson, Christie Jackson's mother, recounted the attack of their 95-year-old neighbor. She also recalled an incident that happened the following night in which another neighbor, Larry, held a man at gunpoint after he found him in another resident's yard, beating on the neighbor's patio table with a 2-by-4.

"We are very emotional about the kind of service we are getting (and) how long it takes. We need to work out some type of strategy (for how) we gone patrol our neighborhoods. We want to know what you all are going to do about our neighborhoods," Joyce Jackson told JPD officers at the meeting.

Precinct 3 Lt. Joseph Wade said he is concerned about what has been happening in the community. When Joyce Jackson asked Wade how the department reports crimes, he said they classify them based on what elements fit. The sergeant, the commander and the lieutenant review the reports before they go downtown to the chief, he said.

"I spent an hour and a half in a meeting at Precinct 3 today talking only about this. There's nothing more important right now to me than to make sure this does not happen again in our city, in our precinct, in our community," Wade said.

He explained that Precinct 3 has 11 beats, meaning there should be 11 officers working at one time. However, the number can go up if they have special details going on.

"You may have 15 to 20 (officers) working Precinct 3 at (a) particular time depending on the day," Wade said.

Commander Sequena Banks, the major investigation commander, said a suspect is in custody for a home invasion involving a woman in her 80s that occurred in Shady Oaks at the end of June. Police arrested Tommy Sheriff, 50, on July 9 and held him on a $1,000,000 bond for kidnapping and burglary. The police are hoping he can connect them to other attacks, she said.

"If you see something, say something. Anything that you have that may help us, we want it," Banks told residents. "Don't think that any information may not be good enough.All of your information is good to us."

Chief James Davis and Mayor Chokwe A. Lumumba did not attend the meeting. Joyce Jackson said Chief Davis did follow up afterward and wants to set up a meeting with everyone involved in the incident.

On the attacks, Lumumba told the Jackson Free Press: "The most repulsive criminal acts are those perpetrated against children and the elderly. Our police department is on high alert concerning these incidents, and we will assure the protecting of our city and especially our most vulnerable populations."

'Where Is The Solution?'

Shambani Watts' mother, Jeraldine Watts, lives in the Shady Oaks community and, due to recent events, she has asked his daughter to take her to the shooting range, he said. "That's not where I want my mother in her golden years. I don't want her to feel that way in her home," he told residents at the meeting.

As a former police officer, Watts said he recognizes that there are not enough officers to patrol the area all the time. A year ago, he put his entire family on patrol at his mother's house through the Ring app, he said.

"You screw it right into your wall, and guess what? It's now giving this system where it's monitoring your home where if someone walks up. It's going to give you an alert and tell you somebody is coming into your yard," he said.

Watts said everyone that has an email can look at the footage, and they can access the footage anywhere in the world. "What it does it gives someone else the opportunity to say I'm watching my mom's house, maybe I can watch the neighbor's house." he said.

Residents and JPD offered other solutions from self-defense maneuvers to a cop cam that requires Wi-Fi and SD cards to work. Some residents who grew up in the neighborhood are starting a patrol crew to ride around and monitor the area.

Joyce said she would like for the police department to create a stationary police force using retired, veteran police officers who are already trained.

"These are retirees that may want to work a few hours. Schedule those people in those neighborhoods. This is your area here, and this is your zone. Station the police so there will always be someone available and visible," she told the Jackson Free Press.

Joyce said the police need to question suspicious individuals who may be walking around the neighborhood. In the meantime, she's been taking pictures of the individuals and will watch them go around the block.

Christie Jackson said she wants the police department to be held accountable, be more transparent and be more visible in the neighborhood.

"Somebody has got to do something. They're always talking about finding a solution, (but) where is the solution? My neighbors are scared," Christie Jackson said.