OPINION: A Northerner’s Introduction to the South 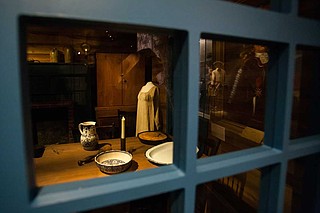 The Mississippi Civil Rights Museum, the only state-funded one in the U.S., sits right in downtown Jackson, next to the Museum of Mississippi History. Photo by Stephen Wilson. 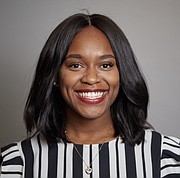 It hadn't occurred to me how connected Chicago was to Jackson before I moved to Mississippi.

When I told folks that's where I'm from, the first thing they would say is, "I have kinfolk from Chicago!"

It makes sense since Interstate 55 is a straight shot. And while it's nearly a 12-hour drive, it directly connects the North to the South.

As Chicago natives, my family  migrated from Texas after the Great Storm of 1900. Years later when Texas had been rebuilt, we'd fly down to Galveston to visit my great grandpa, whom we fondly referred to  as "old man."

I can remember the heat like no other as my brother and I splashed in the pool. We always had so much fun during our visits with him.

Unfortunately, those trips stopped when he passed, and so did our  connection to the South.

The South wasn't exactly what I  remembered when I moved back. When I got to Jackson, I quickly realized that I wouldn't be able to get as many errands completed on Sundays as I thought  because nearly half the city's businesses would be closed.

I can remember being so taken aback by all of the smiling faces and random hellos from people I'd never met. Unlike home, Jackson wasn't fast-paced, which I realized shortly after I moved. But those weren't the only northern comforts I had to let go.

Moving to the South was a wake-up call. Slavery was abolished a little more than 150 years ago, but the residual effects are still very present for me. You can easily see, if not feel, the history of the divide of our people in several places. Many establishments are transitioned plantations, and people just frequent them, walking on the land that holds so much sad history. It brings up a common conversation on whether or not we should take Confederate monuments. Many argue they should be taken down. Others say the relics need to be present to remind us of the realities that once  existed so it never happens again.

Once, I was on a road trip, though I don't remember where I was going. Similar to the Midwest, I could see horses and other livestock from the highway as they roamed beyond the farms. Not so similar to the Midwest were cotton fields. My mouth dropped, and my eyes watered before I could  fully register what I was witnessing.

My mind immediately flashed to the people of color who have to drive through these fields every day, and I wondered if they had grown used to it, or were they regularly just as shocked as me? While I am fully aware that these spaces give cities and towns economic  stability, to be faced with it up front, directly, is not really something you can prepare yourself for.

These challenging spaces forced me to find the resilience of my people as they work to change the narrative of the South. The home of civil-rights activist Medgar Evers now sits as a national monument. A city that is 81% black is led by a black mayor. Just downtown sits the only state-funded civil-rights museum. Not one, not two, but three historically black colleges are within an hour's drive of downtown Jackson. The food—the catfish is the absolute best I've ever tasted. And the people. At first, I was taken aback by all of smiles and greetings from strangers. But eventually, those smiles became familiar, and before I knew it, I was greeting them before they had a chance to open their mouth.

My transition from the North to the South was hard at first. But its walking history has opened my eyes to the realities of our people. These images aren't as visibly present in the North. I learn something new literally every day, whether I want to or not.

Angel Idowu is a print and broadcast journalist based in Jackson. As an international journalist, Angel has traveled the world to report on social-justice issues and share stories that promote positive change. In South Africa, she was one of two American journalists to report on the historic ruling of the death of anti-apartheid activist Ahmed Timol. A Chicago native, Angel is a total foodie and loves to try (not cook) new dishes whenever she can.