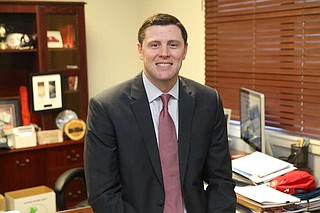 OXFORD, Miss. (AP) — The University of Mississippi has picked former basketball standout Keith Carter to be its interim athletic director.

The school made the announcement on Monday. Carter takes over for Ross Bjork, who was named Texas A&M's athletic director on Thursday.

The 42-year-old Carter has worked in the school's athletic department since 2009 and has been one of its main fundraisers. He has been the deputy athletic director for development and resource acquisition since 2018.

Carter was a four-year starter for the Ole Miss basketball team, and he helped lead the program to Southeastern Conference Western Division titles in 1997 and 1998.

Carter said in a statement that "our athletics department has great momentum, and I want to ensure that our program continues on its upward rise until permanent leadership is in place."