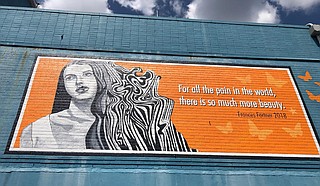 JACKSON, Miss. (AP) — A Mississippi woman who says she hit an unsecured manhole cover hours before a teenager was killed in a similar crash has filed a lawsuit.

The Clarion Ledger reported Friday that Jean Holmes is suing the city of Jackson and an asphalt company for gross negligence. She told the newspaper she is certain a manhole she hit in May 2018 was in the same location where 18-year-old Frances Fortner was killed hours later. Holmes said two of her car's tires were punctured during her crash earlier that day.

Jackson's mayor said after Fortner's death that the city failed to secure the site.

Fortner's parents sued the city and others in November 2018. The lawsuit is pending.

A spokeswoman said the city can't comment on the pending litigation.