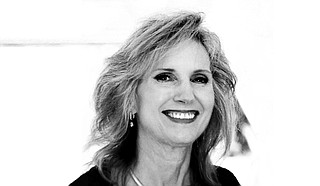 What started as an elective course during her undergraduate years at Mississippi State University has turned into a lifelong career for Mississippi painter Cathy Hegman. The Mississippi native started painting in 1984 while earning her bachelor's degree in interior design, and she has spent the past 35 years practicing her preferred medium.

Hegman, 61, did not always envision herself as a painter, instead wanting to be a veterinarian for most of her childhood. Although she never became one, Hegman's love of animals is put to good use on the farm she shares with her husband in the Mississippi Delta, and several of her paintings include animals. Although her work does feature landscapes, Hegman describes her work primarily as "figurative art," which focuses on depicting real object sources, including people and animals. Calling from her studio in Holly Bluff, Hegman states that her main interest has been in finding new ways to portray and explore figures.

"I'm not an abstract painter or a landscape painter," Hegman says. "The figure intrigues me, and it always has."

Hegman's intrigue is tangible and contagious for those who are able to enjoy her work whether online or through one of her many galleries spread throughout the country as each painting depicts a different figure, never finding one identical to the next, but each painting inviting us to linger for a while. When questioning her inspiration, Hegman says that there is no singular answer, but instead that her paintings are a culmination of experiences, memories,and emotions.

"My life is what affects most of my paintings," Hegman says. "They're based on things that are happening in my life at the time or something in my past. You're creating a painting the works and is interesting to the eye."

Hegman also says that it's possible her inspiration for the landscapes in her paintings has come from her life spent in Mississippi. "Mississippi affects me more than I even know even though I travel a good bit," she says.

With a son in Dallas, Texas, and a daughter in Phoenix, Arizona, along with galleries spread across the country, one could imagine how travel may interfere with Hegman's work. However, the artist has created a life where her work is her passion, and she spends upward of six hours a day in her studio.

"I'm a studio painter, and there are days that I don't even leave the house if I'm working," Hegman says. "I can paint anywhere. When you work anywhere from 6-8 hours a day, you produce a lot of work."

Even outside the studio, Hegmen spends time focusing on her craft. "I've basically built a life around art, so everything involves some aspect of art," Hegman says. This does not mean she does not take advantage of the cities her galleries are in such as Atlanta, Laguna Beach, Nashville, Charleston, New Orleans and Jackson.

"I try to visit each gallery at least twice a year," Hegman says. "We spend most of our time trying to visit children, and they're in fun places, and (so are) my galleries."

Looking to the future, Hegman doesn't plan on slowing down any time soon. "There are so many ways to portray figures in your paintings," Hegman says. "There's a lot of moving parts, but I'll continue. It's the greatest job in the world to do what you love. It doesn't even feel like a job."

Hegman's work can be viewed at the Fischer Galleries (736 S. President St.), which is open Monday through Friday from 10:30 a.m. to 4:30 p.m., or her art can be viewed online at cathyhegman.com.