OPINION: I Bleed Maroon, and I Call Foul on Ole Miss Chancellor Boondoggle 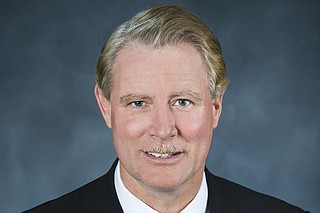 Glenn Boyce, Mississippi's former higher education commissioner, is the new chancellor of the University of Mississippi after the 12-member board cut the process short, drawing protests from students. Photo courtesy Institutions of Higher Learning. 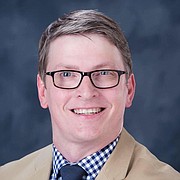 I bleed maroon. For the sake of full disclosure, I needed to say that. I’m an alumnus of Mississippi State University and have been on faculty there since 2003 (and a tenured member of the Department of Communication since 2011). I’m also a lifelong Mississippian and have watched with great interest and concern the events of the last day or so regarding the Ole Miss chancellor search.

In fact, it’s as a university faculty member and Mississippi taxpayer, and not as a dyed-in-the-wool MSU alumnus, that I write this article. It’s in those dual roles that I make the following statement: In its decision yesterday to cut the interview process short and abruptly name Glenn Boyce as Ole Miss’s next chancellor, the 12-member Board of the Mississippi Institutions of Higher Learning (or IHL) completely and utterly failed in “demonstrating accountability to the people of Mississippi and effectively communicating the accomplishments, needs and value of the system of universities to the public” (that is among the duties listed on the IHL’s own website).

As a proud alumnus of an in-state rival school, I take no glee in making that (rather long) statement. I’m not happy with the fact the IHL made the unprecedented move of cutting short a very formal and public process, without reason or warning, sending home in the process the short list of candidates already interviewed and invited to campus. I’m not dancing a jig over the fact that the Board did not even give several invested campus groups, including faculty, staff, students and alumni, the expected opportunity to meet and talk to the short list of candidates, as has been done in countless searches at Ole Miss and other institutions.

No, I’m deeply concerned not by their choice (because I know little if nothing about Dr. Boyce or his qualifications) but by the disregard in which the IHL made that decision—and the implications their actions have for the people and public institutions they serve.

Indeed, the way in which the IHL conducted this search should have all invested parties of Mississippi’s other public colleges and universities worried. Whether you’re happy or not with your school or university’s chosen leader, consider that he or she will probably not be the last president/chancellor who is hired to lead your school. By extension, who’s to say that the events of the last couple of days won’t play out again on another campus at another time? If the IHL can so suddenly disregard the ideas of transparency and public accountability in its decision to hire Boyce, who’s to say they won’t do it again?

So, I speak now as a faculty member of one of Mississippi’s public universities, and as a lifelong citizen, and ask that we put our otherwise petty rivalries aside and help our sister institution hold the IHL accountable for the careless way in which it conducted itself this week. Let’s follow the lead of the student journalists of the Daily Mississippian, who this morning published a scathing editorial condemning the IHL’s conduct.

In the meantime, let’s make sure we don’t normalize the IHL’s actions by saying, “It’s not my university…,” or “private companies routinely make hiring decisions without consulting employees; Ole Miss is no different..” Let’s remember that public institutions like Ole Miss, and the bodies that oversee them, are by the very nature of their existence obligated to the people of the state to be as transparent as possible in their actions—including the reasons for their decisions and why, in such cases, they can easily disregarded input from the people.

Instead, let’s call on the IHL to do better and to be better. Let’s hold them accountable to their own pledge.

Dr. Pete Smith is an associate professor in the Department of Communication at Mississippi State University.