OPINION: Give Public Education the Ballot this November, Mississippi 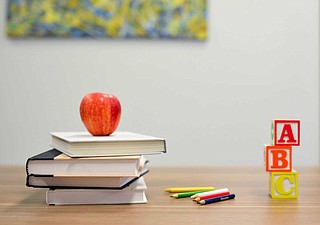 Public-education support is not a partisan issue; it is a Mississippi value. Give public schools the ballot so no child in this state will ever be denied the right to an adequate and equitable education again. Photo by Element5 Digital on Unsplash

"Give us the ballot, and we will no longer have to worry the federal government about our basic rights." —Dr. Martin Luther King Jr.

After Martin Luther King's "Give Us the Ballot" speech at the Lincoln Memorial in Washington, D.C., in 1957 and several tumultuous years of battles for civil rights, including the right for African Americans to vote, the United States passed the Voting Rights Act in 1965 that increased voter access by significant margins. Dr. King demanded the ballot because some states were undermining the ruling of the U.S. Supreme Court's 1954 Brown vs. Topeka Board of Education decision that segregated schools were unconstitutional. Many districts in the South, especially, were still "separate but equal."

Today our public-education system faces similar circumstances, due to underfunding, and the victims are Mississippi's children. As legislators continue to undervalue public education and to systematically underfund the Mississippi Adequate Education Program, the legal formula that sets a baseline for school funding, districts have become separate and unequal communities. The state's opposition to enforcing the law has left Mississippi children behind and deprived them of their right to an adequate and equitable education. The communities that suffer the most are communities of color, impoverished rural communities, and students across the state with special needs. 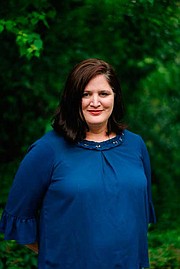 Written into law in 1997, MAEP is the formula our state uses to determine how much money is spent per child per year for an adequate education. The State of Mississippi multiplies the total student cost and the attendance record of each individual school in each district to reach the total cost for the year. The local school district is required to pay up to 27 percent of that total while the State is required to pay the rest. This is how it is supposed to work; however, the State has only fully funded our public schools for four out of 22 years since the MAEP law passed.

It may seem baffling to some local communities to look at their thriving school district and grasp why education funding is such an important issue and why public education in Mississippi is at a point of crisis. That is because the problem centers around geography as much as it does around the economy.

We have a few economically thriving areas in Mississippi that produce a large tax base for their local school districts. Unfortunately in Mississippi, the areas are the few, not the many. In rural areas or economically disadvantaged districts, the local government cannot make up the difference and therefore have to cut services and staff, and are unable to afford new resources necessary for learning. After so many years of drained and limited resources, the quality of education the district wants to provide is not equal to what they can provide.

So why is funding critical? Why should we support fully funding public education in Mississippi? Why should a mother on the Gulf Coast be just as concerned about the education a child receives in the Delta?

The National Bureau of Economic Research reports that a 20-percent increase in per-pupil spending each year of a low-income child's K-12 education is associated with nearly a full additional year of completed school, 25-percent higher earnings and a 20-percent reduction in the annual incidence of poverty in adulthood.

Corporate tax breaks and tax cuts come at the expense of the public, becoming a race to the bottom, which is familiar in Mississippi. They provide a short-sighted approach to economic sustainability. Research by Noah Berger and Peter Fisher of the Economic Policy Institute showed that expanding access to high-quality education is the best way a state government can bolster its long-term prosperity. Healthy public schools attract businesses and produce well-prepared workers who eventually contribute to state revenues through taxes, allowing the state to keep investing in education. That creates a cycle of success.

All of our students, regardless of their zip code, deserve the tools and time to learn. The chances your child has for success should not depend on winning a charter lottery, affording private school or living in certain school districts. We must keep funds in our public schools and prioritize the state's economic plan to include investing in education.

The power to reverse course in Mississippi and make education a top priority lies in our hands. In November, we can make the important decision to vote for candidates on the ballot who pledge to make funding public education their top priority. By doing so, we not only will show the rest of the country how much we value our children and their future, but we will prove it to our children as well.

Public-education support is not a partisan issue; it is a Mississippi value. Give public schools the ballot so no child in this state will ever be denied the right to an adequate and equitable education again.

Melissa Garriga is the communications director for Ours to Change Mississippi, a non-profit, non-partisan organization dedicated to improving public education in Mississippi for every child through civic engagement. She is a proud product of Mississippi public schools (Moss Point School District) and is the proud mother of two boys who are currently enrolled in our public-school system.