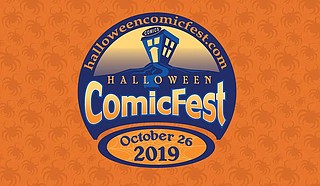 On the last Saturday of every October, comic fans across the globe travel to their local comic shops to take home free comics as part of the internationally celebrated Halloween Comic Fest, one of the two times per year—along with Free Comic Book Day in May—that various publishers create and distribute specially made comic books to participating stores. Halloween Comic Fest 2019 is Saturday, Oct. 26.

In the Jackson metro area, The Comic Commander, Offbeat, Game X Change and Van's Comics, Cards and Games are participating this year.

For the event, The Comic Commander will have a storewide 20%-off sale on all products except for comic supplies, hold a costume contest for children and give away candy in addition to the free HCF comics.

Offbeat celebrates HCF for its fifth consecutive year with free candy, sales on graphic novels and coloring books, a workshop where attendees build models of robots from the "Gundam" franchise and a costume contest at 2 p.m. The first place winner of the costume contest receives $25 store credit, while second and third place winners receive toys from the store.

Over at Game X Change, a store that sells video games, manga, figurines and other "nerd" memorabilia, employees will be dressed in costumes as the store distributes free HCF comics. 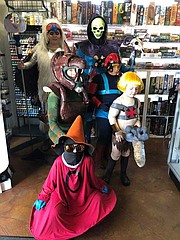 Meanwhile, Van's will have discounts on comics and horror-based board game products throughout the day and extend its hours to midnight. The store will also hold game demonstrations and costume contests, with winners in children's categories receiving trading card game packs from franchising like Pokemon while adult winners receive store credit. Van's will also host a Pokemon GO!-themed event at 7 p.m. that will include free pizza.

Participating stores are allowed to dictate how many free HCF books each attendee may receive.