OPINION: Mississippi Needs to Make It Easier to Vote; For Now, It's Up to Us 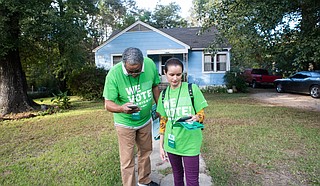 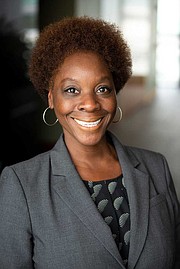 With only a few weeks before Mississippi’s pivotal statewide elections, it makes sense that Mississippians just tuning in would want to make updates to their voter-registration status or, inspired by the candidates, register for the first time.

Unfortunately, at this point, they’re too late.

That’s because state legislators and the Secretaries of State past and present have decided the state needs a full month to process voter registrations. Such an early registration deadline is not the norm in several parts of the country. In fact, many states have no registration deadline at all. You can register and vote at your local precinct on Election Day.

Fifteen states, beginning with Maine, Minnesota and Wisconsin in the 1970s, have what’s known as same-day registration. Same-day registration not only removes an arbitrary deadline but also increases voter turnout, allows voters to correct inaccuracies in the voter file in real time without voting a provisional ballot, and increases access to the ballot for younger, low-income, and transient voters and voters of color.

A voter-registration deadline a month before Election Day is a vestige of the past and often reduces the size of the eligible voter population for a particular election. If technology was advanced enough in the 1970s to implement this policy in other states, Mississippi can and should do it today.

Other southern states have made significant progress in easing access to the ballot box in a range of ways. Louisiana, Alabama and Florida all have recently altered laws so that more people with felony convictions can vote when they have completed their sentences. Mississippi’s lifetime voting ban on its citizens with disqualifying felony convictions remains one of the more exclusionary practices in the country.

Across much of the Deep South, extensive early voting options are available for voters. Florida residents can vote by mail. Georgia has instituted automatic voter registration. These are positive developments because for most of Mississippi and the Deep South’s history, white political leadership used the threat of violence to block access to the franchise of voting.

At the Southern Poverty Law Center, we’ll continue to work in the courtroom and in the Statehouse to protect and advance voting rights and ensure everyone’s vote counts toward creating a better Mississippi and better South. We are investing $450,000 in the “We Vote! Mississippi” project, which is focused on voter registration, mobilization and get out the vote, or GOTV, efforts across the state for the upcoming statewide elections in November.

Before the arbitrary Oct. 7 deadline, we were able to collect and submit 1,379 voter-registration forms of Mississippians living in 44 counties around the state.

Now, the project moves to turn out those and other voters, including Mississippians from historically disenfranchised communities and communities of color. We’re targeting new and infrequent voters to highlight the stakes of the election, bring more people into the conversation and build a better Mississippi together.

Democracy and state and local governments work best when every qualified voter participates in elections and has a voice in deciding the leaders and policies of our communities. Our work in 2019 aims to turn out thousands of voters who were previously unregistered or who vote infrequently.

We know this work needs to happen in every community throughout the state, but in this election cycle we’ve opened “We Vote! Mississippi” offices in Washington and Hinds counties and registered voters at historically black colleges and universities around the state.

Advocates and community members must continue to work together to ensure that every eligible elector in our communities is registered and that their registration information is accurate. It’s also on civil rights and civic engagement organizations, like the SPLC, to invest in voter mobilization in historically disenfranchised communities to ensure everyone’s voice can be heard.

Our analysis shows roughly 284,000 unregistered African Americans in Mississippi. We can’t build a Mississippi government that looks like Mississippi and represents the values of all Mississippians unless everyone has equitable access to the ballot.

Mississippi’s outdated election laws and process of redistricting prevent such access. This is why Mississippi has the highest percentage of African American residents in the country but has not elected an African American candidate to statewide office since Reconstruction.

Don’t let antiquated election laws prevent you or your loved ones from voting. If you are registered, verify your information here and vote on Tuesday, Nov. 5. If you missed the deadline for 2019, get registered now so you can vote in 2020. Make sure Mississippi and the nation hear your voice.

Nancy Abudu is the deputy legal director for the Southern Poverty Law Center.