Mississippi Board OKs 1 New Charter School to Open in 2020 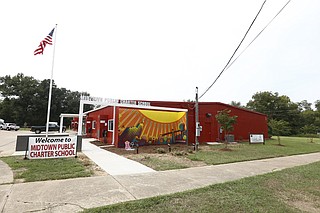 This academic year, Mississippi has six charter schools. Five are in Jackson, including Midtown Public Charter School (pictured), and one is in Clarksdale. Photo by Imani Khayyam

JACKSON, Miss. (AP) — A state board in Mississippi has approved a new charter school to open next year in the Delta city of Greenwood.

Leflore Legacy Academy is scheduled to open for the 2020-21 school year. For the first year, the school will only have sixth grade. Plans call for later expansion to grades six through eight.

Charter schools receive tax money but are operated by private, nonprofit groups and are separate from local districts and the state Board of Education.

This academic year, Mississippi has six charter schools. Five are in Jackson and one is in Clarksdale.