OPINION: Suspending Housing Costs is a Moral and Economic Imperative 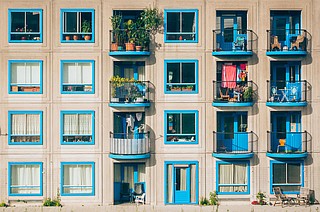 University of Mississippi sociology professor and columnist James M. Thomas writes that Gov. Tate Reeves should do far more to help allay housing costs as workers are forced to stay home to reduce the spread of the coronavirus. Photo by Photo by Ján Jakub Naništa on Unsplash

On April 1, and after weeks of mounting pressure from medical professionals, elected officials and community advocacy groups, Gov. Tate Reeves issued an executive order for a state-wide shelter-in-place.

Reeves’s order, though relatively late, is a necessary step in slowing the rate of infection and hospitalization from the novel coronavirus. As of March 31, the Mississippi State Department of Health reported nearly 1,100 confirmed cases, and more than 20 deaths. If we do not slow the spread of this virus, our state’s hospital system—already grossly under-resourced—will be crushed under the surge of those needing immediate and life-saving care.

Reeves’ order included several guidelines, important among them the suspension of all evictions and for all law enforcement “to cease enforcement of orders of eviction for residential premises during this Shelter in Place Order.” This guideline was an important addition, as many Mississippians are now facing unemployment or economic uncertainty.

Yet, Reeves’ order could have, and should have, gone further. While Reeves suspended all evictions, he made clear that “no provision contained within this Executive Order shall be construed as relieving any individual of the obligation to pay rent, to make mortgage payments, or to comply with any other obligation that an individual may have under tenancy or mortgage.” 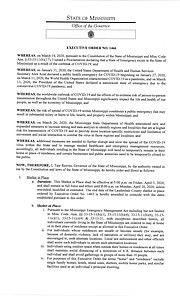 Reeves’ failure to immediately freeze all rent and mortgage payments for the remainder of the shelter-in-place order forces hundreds of thousands of Mississippians to make difficult, even life-threatening, decisions in the coming months concerning how they spend what little money they may have.

St. Louis Federal Reserve President James Bullard recently projected that unemployment nationwide will exceed 30 percent. Last week, the director of the Mississippi Department of Employment Security told reporters their office fielded over 6,000 calls in one day. Gov. Reeves himself stated that unemployment claims are already up 550% statewide. Given that Mississippi’s unemployment rate is historically higher than the national average, and a significant percentage of our workforce is employed in industries and occupations considered non-essential under Reeves’s new guidelines, we should expect our state’s unemployment rate to continue to outpace the nation’s.

The need for an immediate freeze on housing costs is made even more urgent by the fact that so many Mississippians were already cost-burdened before the pandemic reached our nation’s shores. The U.S. Department of Housing and Urban Development defines cost-burdened households as those “who pay more than 30% of their income for housing” and as a result “have difficulty affording necessities such as food, clothing, transportation, and medical care.” Data from the U.S. Census’ most recent American Community Survey five-year estimates reveal that more than 250,000 households statewide—nearly one out of every four—are cost-burdened.

Among renter-households only, the numbers are even more grim. According to the nonpartisan, non-profit National Low Income Housing Coalition, approximately one in every three renter households in Mississippi have annual incomes that are at or below the federal poverty guidelines or 30% of their area’s median income. Of these extremely low-income renter households, 85% are cost-burdened. Two-thirds are defined as extremely cost-burdened, meaning they spend half or more of their income on housing costs. With many Mississippians now facing unemployment or underemployment, housing costs will account for an even larger share of their limited incomes.

In his press conference following his executive order, Gov. Reeves declared his order was a “data-driven” decision. If true, then I implore the governor to consider the data at hand and immediately issue an executive order suspending all rent and mortgage payments.

To be sure, such a drastic measure will draw ire from lenders and landlords who rely on those payments for their own income. Yet it is precisely because lenders and landlords derive their income not from their own labor, but the labor of their tenants, that Gov. Reeves must take this drastic step. We cannot expect Mississippians to shelter-in-place if we are unwilling to provide them temporary relief from the costs of sheltering.

It is not only economically necessary. It is a moral imperative.

James M. Thomas (JT) is an associate professor of sociology at the University of Mississippi. He is the author of four books and more than 20 peer-reviewed journal articles, book chapters, and other essays on the causes and consequences of racism in America and abroad. JT can be reached at [email protected], or on Twitter @Insurgent_Prof.

Submit opinions of 600 to 1,000 words, including factcheck information and links, to [email protected].