OPINION: Teenagers, It’s OK to Feel Hurt By What We’ve Lost to COVID-19 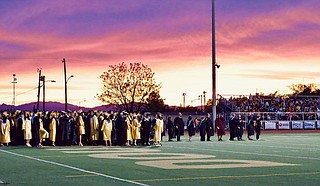 Murrah High School senior Maisie Brown writes that adults too often undermine and discredit the pain of not getting to graduate in a cap and gown or attend senior prom in the wake of the COVID-19 pandemic. Photo by Jane Carmona on Unsplash

As my classmates and I left Murrah High School on the Friday before spring break, our minds were filled with the excitement of vacations, freedom and, of course, the year’s end that seemed reserved for all things senior year. But instead we were faced with something none of us could have imagined: a global pandemic.

What we thought would be one of the most exciting breaks of our lives soon turned into a time of panic, fear and pure incoherence. We were being told it was just a bad cold. People die from it as often as they die from the flu. This too shall pass. But it didn’t.

The diagnosis then started to hit closer to home. People we knew started to die. We watched them pile the remains of human bodies on the back of moving trucks on television. It seemed like we were in the middle of a dystopian novel we’d read in class.

In the midst of us searching for some sort of reason as to why this was all happening, we were being forced to wholeheartedly accept our new normal and somehow find relevance in things we’d partaken in before our worlds seemed to crash. Instead of mental-health assurance, we received schedules detailing how classes would run. Instead of briefings that provided clarity as to exactly what was going on, we were sent loads of work.

Instead of being consoled that everything we’d be looking for was becoming bleak, we were told and shown that the show must go on. Though some of us may have viewed home as a safe space away from the sometimes toxic world of steadfast academia, we were forced to transform those areas into just that.

It started with the small things.

We were told school may get pushed back for a while, but we would be sure to return. The hospitals may get a little busy, but it will all slow back down. We were assured that this disease could never affect a country like ours like it had overseas.

They were wrong. We were wrong. Small delays turned into full-blown cancellations. Prom was no longer a thing. Senior week? You could forget it. Graduation? We just don’t know what to tell you. And while it may seem childlike or even selfish to dwell on “small” inconveniences when chaos and disarray is so rampant, it is easy to write off the feelings of young people without any sort of empathy.

Too often, adults undermine and discredit the hurt feelings of my age group simply because we haven’t lived long enough or worked hard enough to afford to feel the way that we do.

We’re told that we haven’t suffered in enough ways to earn the right to complain about anything, if much at all. How can we expect this generation to extend any type of comfort or courage to each other when we can’t even receive it from those we look up to?

The principle is much larger than a simple dance in our nice dresses and having five seconds on stage in our cap and gown. It’s bigger than those last few bus rides we will have with our class on our way to today’s activity. It’s bigger than that one day everyone plans to skip and simply indulge in themselves.

These activities aren’t just moments, they’re memories. They act as a symbol. A bridge. They serve as the entryway to a new, unknown chapter so many of us have looked forward to since the moment we entered high school.

For so many students, the idea of graduating from any school seemed far away, unattainable or simply not worth it. And this moment. This memory. This opportunity. It served as a representation of the years of hard work we all tirelessly put in to achieve the prosperity we were promised would come along with it.

But now we will never get that transition and celebration that so many others had. All we can get is a heartfelt apology and a pat on the back telling us how God is still in control.

While we’re taught to believe everything happens for a reason, I think it’s important to acknowledge that not every bad thing comes with a lesson on the other side. Sometimes bad is just that, bad. And we have to stop searching for reasons as to why we should be grateful or any less hurt by any of this.

Sometimes it’s OK to just allow us to sulk and be a little sad about it. There’s no harm in that. As we all know, no storm lasts forever. Our sunshine is coming soon. I can almost feel it. And to the class of 2020, you may now turn your tassels.

Our time has just begun.

Maisie Brown is a senior at Murrah High School and has contributed columns to the Jackson Free Press since she was 14. She will attend North Carolina A&T University this fall.