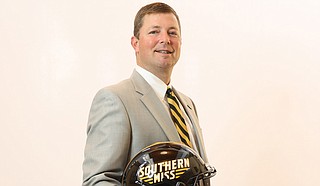 Hall spent the past two seasons at Tulane after stints as an assistant at Louisiana-Lafayette and Memphis, among others.

He took four teams to the Division II playoffs and led West Georgia to the semifinals in both 2014 and 2015.

Hall will be formally introduced at a news conference on Monday at Reed Green Coliseum.