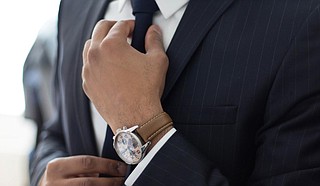 Donald J. Trump's impeachment acquittal was a victory for white male mediocrity. The majority of the 69 white men in the U.S. Senate, engaged in a succession of choices that left in place a man, whom few beyond his base would call exceptional.

This, while expected, had an impact on me. I have been reaching out to exceptional white men I know, hoping to make sense out of this conundrum. I turned to Ashton Pittman, a white journalist who wrote a Jan. 27 essay with this perspective:

"For many, Donald Trump is the ultimate poster boy for the power of white supremacy and patriarchy to elevate even the most subpar of white men far beyond the station in life they have earned. His removal from office would represent, not just the downfall of a corrupt president, but the unraveling of a system upon which countless men like him desperately depend."

Even senators who personally believed that Trump should be impeached could not vote against their party, and by extension, the system. The one exception, Sen. Mitt Romney, admitted on Fox News that "the personal and political consequences that fall on me (for my decision) are going to be extraordinary."

My struggle continues when I engage with white male friends, colleagues, relations and, yes, my own husband. These men are generous, kind, intelligent, gifted, ethical, hard-working and courageous.

But the Senate shows how whiteness can act as a kind of stain that gets on all white men, even the exceptional ones. They are accorded benefits throughout their lives that net them more money and promotions than women and people of color for the same work. Cops let them go with a warning for speeding, but pull a man of color from his car and arrest or even kill him in the identical circumstance.

White men (like all of us) have confronted personal and situational challenges, but the system was created by and for their benefit and eases their journey to life, liberty and the pursuit of happiness.

For example, it is preposterous for Dan Turner to say, in defense of his son's sexual-assault charge on an unconscious woman, that the punishment "is a steep price to pay for 20 minutes of action." Judge Aaron  Persky agreed, giving Brock Turner a sentence of six months in prison.

Cory Batey, a black college athlete who sexually assaulted an unconscious woman, was sentenced to 15 years in prison.

It is preposterous that armed white men can enter the Kentucky State Capitol to protest laws against their rights as gun owners, as white security guards allow them go around the metal detector in order to receive their visitor's pass. Imagine if these gun owners were black and/or Muslim.

Within this imbalanced system, Trump gets away with unsavory, unethical and even criminal behavior throughout his life—from dodging the draft, to cheating employees and subcontractors, to mocking a disabled reporter, to disparaging people of color, women, queer folk and immigrants, to stealing from his own charity, to sexual assault, and to abuse of his office.

Would Barack Obama have been elected with the same track record?

White males must engage with one another to confront the injustice of this preposterous system and reckon with a millennium of harsh history and damage inflicted across much of the planet. From the standpoint of courageous accountability and the truth, a new, more inclusive and more just solution is possible.

My ask to my white male friends is this: Be boldly exceptional. Our society is inundated with stories of mediocre and subpar white men getting away with, and celebrated for their selfish, cruel, unethical and ungentlemanly deeds.

My husband, Greg, is the kindest man I know. When we go to a restaurant, he thanks the waitperson, the bus people and the cooks, who are often largely people of color. He made a Superbowl feast for the men down the block who are experiencing homelessness. I can literally wait for five minutes watching him hold the door for others before he walks through. He knows that as a white man, every act of kindness is an opportunity to disrupt a narrative that all white men are jerks.

Those small acts make a huge difference. Mr. Bernard, one of the men with whom Greg shared the Superbowl feast, said, "In my 60-plus years on this planet, I have never had a white man be so kind to me. Greg gives me hope."

Say you’re sorry. I know you’re are not directly responsible for all of the bad deeds white men have inflicted on others over the centuries, but it still helps. Listen more, speak less. I know this doesn’t seem fair. But in the greater world, white men wield most of the power in every facet of society, so give us women and people of color a little slack if we tend to go off on you.

It's not easy for Greg to be on the receiving end of my rants about his white brethren, e.g. the law enforcement officer or politician that I read about, or the guy at the bus stop who cut in front of me and replied by saying, "I didn't even see you. But do ya mind? I'm kind of in a rush." When I go in these spaces, I ask Greg to remind himself not to take it personally. It's not all about him. It's about who he represents.

Understand that there is a course correction in motion, as power shifts from a White Men’s Club to one that is more inclusive. This threatens the entire system you were raised in, and it could be scary. Own your fear and discomfort, and be willing to stand and speak up, especially to your fellow white men.

In his acceptance speech for Best Actor at the BAFTAs (British Oscars), Joaquin Phoenix said that he felt conflicted that the slate of nominees was exclusively white. “I think that we send a very clear message to people of color that you’re not welcome here.” Mr. Phoenix went on to say, “…we have to really do the hard work to truly understand systemic racism. I think that it is the obligation of the people that have created and perpetuate and benefit from a system of oppression to be the ones that dismantle it. So that's on us.”

Mr. Phoenix used this opportunity to speak justice to power. He has since committed that his sets will be inclusive and equitable for women and people of color.

My brother-in-law, Bob, and I have walked very different paths in life. Our backgrounds, worldviews and careers are quite different. That said, he is one of the most decent men I know. Recently, Bob posted this photo on social media, writing, “I'm conservative by nature, but I understand the need for progressive thinking. I need the Republican Party to find a path that includes a more caring attitude toward those in society who need it.”

Bob took some flak from some of his friends for posting this. But like Sen. Romney, he stood up for his values of compassion and common decency. It may not seem like an exceptional act, but in these times of extreme othering, Bob is a bridge builder.

Every day, we are reminded of the injustices of oppression. Some stories garner headlines, and others are often simple, unintentional and seemingly harmless acts. The movement toward societal healing requires commitment on the part of all of us—people of color and white people—to be mindful of our daily thoughts, words and actions. I am grateful to my white male friends and allies who are willing to be exceptionally kind, humble, accountable and fully human as we find common ground and build bridges.