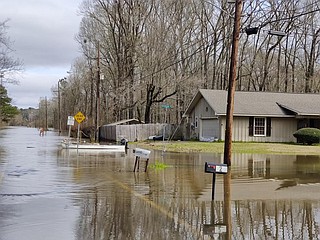 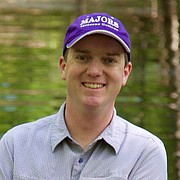 The flooding of the Pearl River in early 2020 has led to high water moving into neighborhoods and businesses, while many simultaneously want a "flood control" plan for Jackson. These calls have risen and fallen since the 1979 Easter Flood just like the Pearl.

But my question is: why hasn't progress been made in 40 years while people's homes and businesses are now flooding? There is a simple answer: the Rankin-Hinds Flood and Drainage Control District, also called the Levee Board, and others have wasted the better part of three decades pushing several "lake plans." The failed Two Lakes and Lefleur's Lakes plans occupied most of the 1990s and 2000s, and now they have moved on to the current plan, the One Lake project.

All lake plans have wanted to dam the Pearl River to make a lake for flood control as well as economic and recreational benefits. The proponents of the One Lake Project and the District say their plan will solve flooding in the region.

I truly empathize with those who have been flooded over the last month, and I firmly agree with the District that a solution is needed to remedy flooding in the Jackson area. However, I disagree that their One Lake Project is the best plan to minimize flooding impacts in the area, while also minimizing collateral damage to wildlife and their habitats. The points below are where the District and I disagree on how to achieve optimal flood reduction in Jackson.

It's not about flood control — First, the use of "flood control" by the Rankin-Hinds Flood District is a fallacy; there is no way to "control" flooding. It gives residents and businesses a false sense of security over something that is uncontrollable. The proponents have said that their plan would not have prevented a 1979 flood, and I suspect would not have prevented the 2020 flood. But if the District really wanted to "minimize" flooding, they would have been much better off suggesting one of the following options:

A. Construction of a dry dam that could fill up and contain excess flood waters. This would act as an "empty pool" to contain excess floodwaters. This design would also cause less environmental harm downstream and keep a passageway open for aquatic animals. In an interesting twist of fate, a similar strategy has worked to Jackson's advantage this last month. The Ross Barnett Reservoir was well below full pool in an attempt to combat the spread of the invasive plant, Giant Salvinia. This indirectly benefited Jackson because the reservoir could store more water from upstream; this likely spared many structures from flooding and/or gave people more time to evacuate.

B. Moving existing levees back would open the "bottleneck" in Jackson. Between Lakeland Drive and Interstate 20, the distance between the east and west Pearl levees is less than a mile. This pales in comparison to the width of the historic floodplain of approximately 5 miles (i.e., the Pearl would flood this amount of land pre-levees). What this means is that all the water from the entire Pearl River basin above Jackson has to pass through a section that is 10% to 20% of the floodplain width, much like the bottom of a funnel. Common sense says, "Just open up the funnel." Indeed, one of the proponents of the One Lake Project at the Jackson public meeting said, "the greatest gains we get is by moving the levees back a little and not from the lake." So if moving the levees back is the best strategy, why is this not the main plan?

But rather than building a dry dam or moving levees back, One Lake proponents plan to hold water in the exact area where we are trying to limit the volume of water. How does this make sense?

It makes sense because the project really isn't about minimizing flooding. It is about economic development and increasing property values for a select few that will now have lakeshore property for development. If completed, a dry lake and/or moving the levees back wouldn't hold the same value for development, and that is why these plans were not considered (or only considered in principle). It also makes absolutely no sense develop around One Lake where more structures would be at risk to flood.

It's not about flood prevention — The One Lake Project focuses on "flood control," but there was an alternative that was only briefly considered: flood prevention. There are approximately 2,000 residential, commercial, and public structures that are within the 500-year flood zone (i.e., a flood that has a 0.2% probability of occurring every year). Many of these structures have flooded before, yet there was little consideration about "buying back" these properties. As the proponents claim, it would be very costly to buy back all of the properties, but why not buy back the highest-risk properties? Or require that high-risk structures be elevated like we see along the Mississippi and Louisiana coastline? The District never truly considered doing this in combination with moving the levees back (again, flood-preventative measures wouldn't have spurred economic development).

Building a dam is an Old School solution — All dams and water-control structures eventually come to the end of their lifespan; it will ultimately happen to the Spillway at the Ross Barnett Reservoir. To repair or replace these structures comes at a significant public expense. Because many dams and flood-control projects have outlived their lives on the East Coast, many public/private entities are removing dams. This is in part because they are expensive to replace but also because of the ecological restoration that occurs following dam removal (e.g., allowing Atlantic Salmon to once again swim upstream to spawn). Dam projects are a thing of the past and are not forward-looking to the betterment of the local community or wildlife.

Making a river into a lake is not for wildlife — All wildlife in the river and in the floodplain are entirely dependent upon the natural flow and annual flooding that occurs. For example, during a flood, many game fish (e.g., catfish) from the river move into the floodplain to feed and spawn, a critical time during their life cycle. Also, the natural flood cycle provides an annual enrichment of nutrients to the floodplain. Further, many riverine species are entirely adapted to flowing systems. If the One Lake project is completed and turns the Pearl River into a lake, these specialized, and sometimes rare, species (including the federally listed Gulf Sturgeon and Ringed Sawback), will get replaced by common lake species. This will lead to a less diverse ecosystem and one that is not as resilient to ecological change.

It hurts the Gulf Coast — Along with the animals and habitats in the Jackson area that are dependent upon natural river flows, so too are the coastal estuaries of the Gulf of Mexico. All dams act like a sediment trap, and they catch dirt/sand upstream of the dam and prevent it from moving downstream. If the One Lake project is implemented, lower sediment loads in the Pearl will starve coastal estuaries of sediment that nourish marshes; this could impact the crab and shrimp fisheries, both of which are dependent upon coastal marshes as nurseries for their young. There are also millions of dollars available for coastal restoration following the BP Oil Spill settlement, and many of these projects will be at risk if water supply, sediment and/or flow is altered even slightly following the construction of the One Lake project.

It is not for public health — The City of Jackson is currently under a consent decree with the Environmental Protection Agency due to the high volume of minimally treated sewage that enters the Pearl River following major flooding periods. However, most of this flushes downstream and becomes "out of sight, out of mind" for Jacksonians. If the One Lake project is completed, guess where all of this sewage would end up? It would flow into and be confined by the One Lake Project without flushing out. This sounds like a major public health issue and a reason for concern for those in or around the lake.

It is not for wetlands and clean water — The One Lake project will negatively impact approximately 2,000 acres of wetlands in the construction zone. This large amount of wetlands provide a vital ecological service to people by cleaning and filtering out any contaminants from our water, and this water will eventually end up in the aquifers that we drink from. If the One Lake project is completed and thousands of acres of wetlands are destroyed, they won't provide the filtration capacity to clean our water, and the wetlands will not support the wildlife that rely on them.

It is not for recreation —The proponents seem concerned about providing more public access to the Pearl River. I agree that providing additional public access to the Pearl is a great idea, because the only access point in Jackson is a fee boat launch in Lefleur's Bluff State Park. So why not construct a new public boat launch on either the Rankin or Hinds County side of Lakeland Drive? This would be a minimal cost compared to the One Lake project. Also, if the One Lake project was completed and considering the pollution flowing into it, who would want to recreate in a lake that will be under a water contact advisory and a fish consumption advisory due to sewage contamination?

It is not for transportation — The traffic around the city of Jackson is tough during the morning and afternoon commute. In December 2018, the Mississippi Department of Transportation stated that all of bridges crossing the Pearl (Interstate 55, Interstate 20, Lakeland Drive, and Highway 80) would need to be replaced if the One Lake Project was completed (this would be on top of the perpetual Interstate 55 south and Highway 49 construction projects). Imagine how all of this construction would change your commute—it is a nightmare scenario for Jackson commuters! All of these bridges are currently serviceable, and this would add additional public expenses to replace them as well as increase commute times and stress.

It is time to rethink new solutions. This lake will negatively affect the people of Jackson including the quality of drinking water, the time of your commute and also your taxes. (I didn't even talk about this point, but all properties "protected" by One Lake will see a significant tax hike). Jacksonians, Mississippians and Louisianans can do better—our future is better without One Lake. We need to think about flood mitigation with an entirely different lens and consider ideas that haven't been seriously discussed in 40 years, like moving levees back and buying back/elevating the most at-risk properties. We can solve this problem with integrative, 21st-century solutions.

The One Lake project is like a long-term relationship that has lots of red flags: if you go through with the marriage, it isn't going to be pretty. It is time to dump the One Lake Project before we are married to it.

Will Selman, Ph.D., is a biology professor at Millsaps College in Jackson. The views expressed in this article are the views of the author and do not necessarily represent the views held by Millsaps College or the Jackson Free Press.