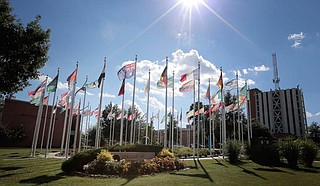 Former Jackson State University Provost argues that the HBCU's search for a new president needs to be "constructively, pointedly and formatively proactive," as well as follow the "backward design theory." File photo by Imani Khayyam 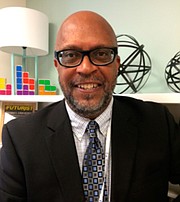 In the interest of transparency, I write this op-ed commentary with no personal or professional agenda; no acronyms, prefixes or hashtags behind or in front of my name; and no ulterior motives. I write because I love Jackson State University, both its past treasured history and its future potential trajectory. I have no interest in being considered as the next president at Jackson State, but I do have some constructive suggestions and formative recommendations for the Jacksonians who will hopefully be formidably, substantively, significantly, fairly, and actively engaged in selecting the next leader who manifests as the reckoned righteous one for JSU, Jacksonians, Jackson, Mississippi and the larger HBCU community.

As far as the current circumstances at JSU, let me say that he or she without mistake or misfortune please come forward as a paragon of perfected proclivity for the rest of humankind. I write this to not defend anyone but to encourage everyone to consider praying instead of placing judgement. That is not our place. Let me also define "reckoning" as it has both direct and indirect relevance and applicability to this op-ed. Reckoning is defined as a person' s viewpoint or the process or action for calculating or estimating something. This column is not only about viewing others possibly placing judgment but about posing actions and processes to calculate the best outcome of optimal leadership at Jackson State.

Now is the time to be constructively, pointedly and formatively proactive. Much of the criticisms about the past presidential selections at JSU have been mostly afterward and not so much beforehand. Now that another search is being officially conducted, this is a crucial time to examine all the written, memorized, formal, and practiced policies, procedures, and protocols associated with the search and selection process. There will be an acute need to pay close attention to the specific details and probed questioning, especially to apparent ambiguity, potential misunderstanding, sequential process and unclear intent.

I encourage the analysis of "backward design theory." I strongly encourage the employment and engagement of this theory as a anticipatory framework to make recommendations or suggestions to others of authority or control on how to improve and monitor promulgated policies and practices. This can make the process more inclusive, participatory, transparent, and representative of Jacksonian voices, convictions and values.

Although many leaders have developed tenets, pillars or constructs for their leadership strategy, look for those who remain committed to the foundational and fundamental pillars of modern higher education: teaching, research and service. Moreover, at some point, there should be serious discourse in Mississippi about governance. That is, centralized governance versus decentralized governance and state boards versus local boards.

In the three states where I worked previously—New Jersey, Florida, and Tennessee—there has been very successful movement from state boards to local boards. With regard to JSU being a historically black university, I urge Jacksonians to look for leaders who can document their commitment to JSU's historical foundation but also provide a measurable strategic plan and a way driven by student learning outcomes to build future foundations. That includes adding futurism to the mission to build on the institutional treasured history, given that most companies, organizations, institutions and sectors—where JSU graduates will land and start careers—study their mission-positioning for "futuring" their bottom lines for progress, profit, performance and productivity. JSU and other HBCUs need to add studying futures to the curriculum and brand it as added-value to the degree.

The future president must document how she or he will innovate degrees that are academically rigorous and relevant to today's student, employer and graduate school interests, and responsive to the global marketplace and the accelerating competitive space that drives it.

In most of my conversations about JSU with colleagues, there is sometimes an apparent absence, gap and void. Even with the current occurrence at JSU, they seldom mention the students. This must change. There is no other relationship like the one between the institution and the individual than that at a university. Students have multiple, interdependent, multifaceted roles on the campus unlike any other enterprises, ecosystems or environments.

When students come to learn from the faculty, they are consumers. When they voice their opinions and participate in governance or free speech, they are constituents. When they attend athletic events or other campus activities, they are customers. When students have experiences that require some type of intervention, help or assistance, they are clients. And when we ask student consumers to engage with faculty in research and scholarship, they should be collaborators. Let's make certain the future JSU president is deeply committed to understanding student core centrality and the varying complexities of roles with students on today's emerging diverse campus. This is among the aims of American higher education and is fundamental to institutional retention efforts of students and their persistent progress toward degree completion.

Joseph Martin Stevenson of Madison was the first named provost at JSU and also served as a provost at Mississippi Valley State University. Find his books on higher education here and read more about his provostial work at JSU here.