OPINION: Probation for Profit; Little More Than a Scam 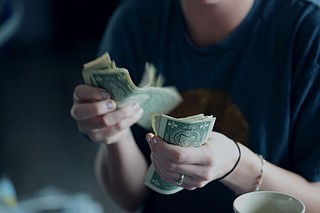 After 12 years in law enforcement, investigator Steven Woodruff argues that private companies profit off probation fees, hurting the poor and distorting the mission of the courts. Photo by Sharon McCutheon on Unsplash 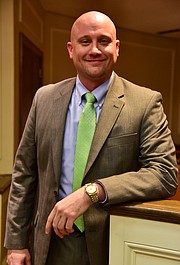 Profiting off probation has become big business in Mississippi, and it is costing us all in ways we don't even realize.

In the early 2000s, justice and municipal courts began using private companies to collect court-ordered fines. That means that if a person gets a traffic ticket and cannot afford to pay the full amount, he is placed on misdemeanor probation until the fine is paid.

Private, for-profit companies handle this probation in Mississippi and a few other states. That sounds fine until we realize these companies make millions of dollars each year by tacking on "supervision fees" to the probation repayment plan and often use the threat of jail as a hammer for enforcement.

These private probation companies sell themselves as "offender-funded" services. They convince the public they can do a better job than using taxpayer money. Unfortunately, some operate under the cloak of the courts with little more than a handshake and no written contracts between themselves and the courts to limit fees.

These companies set up an office in the community and start collecting fines, which they forward to the court clerks. They tack on additional fees as revenue for the company. These fees can at times more than double the original fine.

A person who has the money to pay his fine in full generally is not placed on probation. However, those who are low income or on fixed incomes who can least afford additional expenses face sentences to what amounts to financial incarceration.

It might seem reasonable for a person found guilty of public drunkenness to be fined $250, right? But consider this. If a person cannot pay the fine in full, the judge places him on probation with a private probation company. The probation agent asks how much the offender can pay on his fine each month. He replies $25. Now, the probation agent explains he will have to pay a $50 per month "supervision fee" and also $25 per month for drug testing. This brings his monthly total to $100 with only $25 going toward the fine. At this rate, the fine will be paid off in 10 months at a total cost of $1,000, four times the original amount.

Some states legislate how these companies operate to protect citizens who are placed in these programs. Mississippi is not one of those states.

The majority of the companies deal only in cash, and even though they claim to be collecting fine money on behalf of the court system, they are not subject to an audit. These companies are regulars at judges' conventions, setting up booths to hock their benefits and advantages while ignoring the real truth.

In reality, the court gets the smallest percentage of the money collected while the probation companies get richer.

The concept looks great on paper. But in reality, the courts' mission is distorted, if not forgotten, in the name of money. Laws are approved and enforced for public safety, and fines are imposed as punishment for breaking the law. Somewhere along the way a group of bottom-feeders learned they could capitalize on the misfortune of some in the name of "justice" and "government efficiency." It's little more than a scam.

Many states have done away with these private probation companies. It is time Mississippi misdemeanor courts took the profit out of public safety and put the interest of the citizens first.

Steven Woodruff, who goes by "Woody," is an 18-year veteran of law enforcement. He began his law-enforcement career at the Alcorn County Sheriff's Department before moving to Starkville. Woodruff has worked for multiple law-enforcement agencies and 12 years in an investigative capacity at the Mississippi Bureau of Narcotics and now the 16th Judicial District Attorney's Office.