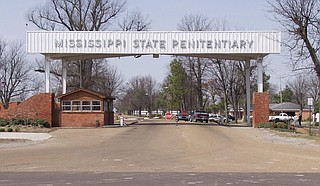 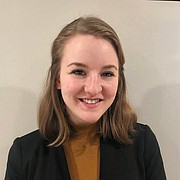 Over the past year, reports about the Mississippi State Penitentiary at Parchman painted an ugly picture. Guards recounted understaffing. Inmates told horror stories about roaches in their beds and mold in their food, crumbling ceilings and sweltering Mississippi summers without air conditioning. Faced with some of the highest incarceration rates in the nation, the state budget struggled to meet the needs of everyone involved.

The era of mass incarceration involves both prison overcrowding and the nature of private prisons, a controversy to which Parchman has also been linked. Hundreds of inmates were recently transferred to a private prison on a temporary basis, begging us to ask whether private prisons will solve the problems at hand.

The prison population in Mississippi has increased by 300% since 1982, making our incarceration rate the third highest in the country and far outstripping the national average. Meanwhile, the violent crime rate has not increased since 2000.

These rates are far from standard, and Parchman is a vivid depiction of their consequences. The incidents at Parchman revolved around resource deficiencies. Understaffing, caused by low funds, clashed against the increasingly dangerous prison environment, where inmates faced deplorable conditions.

This is not just happening at Parchman. It happens across the state. But there are reform programs that would work to relieve the strains occurring at prisons like Parchman. Sentencing reform and community outreach are proven to effectively lessen overcrowding. Studies show that mental-health and substance-abuse treatment in addition to job-training programs reduce recidivism.

However, these programs require resources. While Parchman remains in dire need of structural repairs, any psychosocial health policies are pushed far into the distance. But would private prisons do any better?

On one hand, private prisons will not solve the problem of insufficient prison resources. While for-profit prisons cost taxpayers more than their public counterparts, they pursue stringent cost-cutting measures. As the U.S. Department of Justice reported, private prisons cut costs by removing health services, risking the safety of inmates and guards alike.

Ultimately, these prisons will prevent us from progressing past mass incarceration. Private prisons profit from incarceration. In the for-profit system, overcrowding is not an issue—it is an asset. The inmate population and sentence length fund these private institutions. The private prison has no impetus to rehabilitate the very inmates that constitute its funding base. That would mean eliminating its own assets. By contracting with private prisons, our home state can only cement the upward trends of incarceration, while simultaneously stripping itself of the power and oversight to totally reform these institutions.

The conditions at Parchman are reprehensible, so it is understandable that the State is taking immediate action to prevent further violence. Under the circumstances, private prison is the lesser of two evils. To one side stands Parchman and public institutions where inmates are mistreated. But, private prisons limit the conversation, urging us to continue criminalization and merely profiting from mistreatment.

But these are not the only two options. Not all criminals must be treated the way they have been at Parchman and similar institutions. In fact, this dilemma allows Mississippians the opportunity to discuss necessary humanitarian changes, from our laws to our sentencing habits all the way down to the prison.

We do not need to choose between two unjust systems because prison reforms are always on the table. Although last year's Criminal Justice Reform Act opened the door for a louder conversation, it failed to enact prison reform that would make our institutions more humanitarian. When prisons include job programs, rehabilitation programs, expungement aid, and treatment options for mental illness and substance abuse, individual inmates benefit. They are more likely to integrate into society and lead healthy lives.

Without these measures, psychological health deteriorates. That puts the entire population at risk. Psychosocial deterioration is exacerbated by the absence of basic amenities, like nutritional food, air conditioning, and sanitary housing in the case of Parchman. There is no doubt that social reform would dramatically improve the quality of life and the psychological safety of all inmates in Mississippi.

Unfair sentencing places Mississippians behind bars in the first place, incorporating our citizens into the penal system rather than treating the root issues. The startling violence that has shocked our state is entangled with overcrowding. It is inextricably linked to Mississippi's particularly dramatic mass incarceration problem. In the wake of violence, we must fundamentally reconsider how we treat offenders.

Prison reform promotes the human rights of guards and inmates. It enables the rehabilitation that could heal communities and victims. It sends the signal that all people have the right to be treated as human beings. It would also usher in another era in Mississippi law and order, in which Mississippians acknowledge human-rights abuses and choose to amend the issues through community care.

Virginia Sciolino is a pre-law Religious Studies major at Wesleyan University. In her free time, she is an attorney for Wesleyan's mock trial team. She is a native of Hattiesburg, Miss.