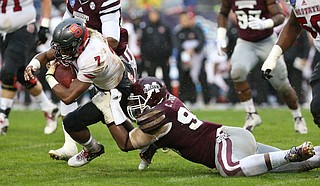 The Kansas City Chiefs outscored the San Francisco 49ers 21-0 in the fourth quarter to wrap up an incredible comeback in Super Bowl LIV. Quickly the talk turned to whether the Chiefs could get new contracts for quarterback Patrick Mahomes and defensive lineman Chris Jones.

Both players were key parts to the team’s run toward the Super Bowl. Mahomes’s mobility and arm helped Kansas City comeback from 10-points down. Jones did not put up stats with just one tackle and three passes defended, but he did occupy the 49ers’ offensive line to open opportunities for his teammates.

Mahomes cashed in on July 6 as he signed a 10-year contract that could be worth up to $503 million. The young dynamic quarterback could be in Kansas City until 2031 if Mahomes plays out the entire deal.

As for Jones, he would have been stuck playing on the franchise tag for 16.1 million this season if he and the team couldn’t reach a long-term deal by July 15. Both sides did reach a deal on July 14.

Jones will be signed to a four-year deal for $85 million with $60 million guaranteed. It keeps the key offensive and defensive star for the Chiefs together to make a run at a Super Bowl repeat.

It did not take long for Jones to make an instant impact his first year at Mississippi State University. He played in 13 games as a freshman as he collected 32 total tackles, 17 solo tackles, seven tackles for a loss, three sacks and three passes defended.

Jones’ stats dropped for his 2014 season at MSU. The sophomore collected just 26 total tackles, nine solo tackles, 3.5 tackles for a loss, three sacks and three passes defended in the 12 games he played.

After the 2015 season, Jones declared for the 2016 NFL Draft. In that draft, Kansas City made Jones the 37th overall pick in the second round.

Jones started just seven games but played in all 16 games for the 2017 season. He collected 32 total tackles, 22 solo tackles, 13 quarterback hits, 6.5 sacks, 5 tackles for a loss, four forced fumbles and one interception.

Things began to come together for Jones in the 2018 season as he started 11 games and played in all 16 games. He set several career highs as he made 40 total tackles, 35 solo tackles, 29 quarterback hits, 19 tackles for a loss, 15.5 sacks, two forced fumbles and one interception.

Jones only played in 13 games last season but started 12 games, which was a career-high in starts. He recorded 36 total tackles, 23 solo tackles, 20 quarterback hits, nine sacks, eight tackles for a loss, one forced fumble and one fumble recovery.

In the 2019 season, Jones was named to his first Pro Bowl to go alone with his Super Bowl championship.