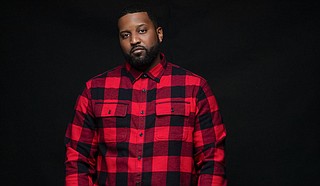 Rapper Condo Bo says he was hesitant when God called him to do Christian rap, but now says he has found his purpose in using his music to connect with young people and share his message. Photo courtesy Condo Bo

Music is entrenched in Jeremy Thompson's family, he says. The Jackson native said his brother and cousins used to own a studio when he was a child and that he used to sit back and watch them make music. He played the snare drum in the marching band at Callaway High School and at Jackson State University. At family reunions, his family would have a talent competition, and his uncle, Jesse Thompson, is president of the annual Jackson Music Awards.

His background speaks for itself.

It was not long before Thompson was hit with the music bug and began rapping. He used to be a worldly rapper before God came to him and told him that secular music was not his calling, he said. 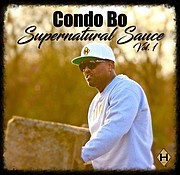 "The Lord was telling me it's 1,001 role models out here for the world and for the streets. He wants somebody for him. He changed me into doing music for him because that's what it's all about in life anyway," the rapper told the Jackson Free Press.

Thompson said he was praying for God to bless him with doing non-Christian music, yet many topics in secular music like drugs, stealing and stunting on other people are images that do not align with God's principles, he said.

"How can he bless me with something that's against him and that will go against his own word? He was saying we need more role models for positive people that's out here and for the youth," Thompson said.

The artist goes by the name Condo Bo, a combination of his childhood nickname "Bo" and the nickname his friends called him when he owned a condominium. Rap, for him, is a bridge to help him communicate with the younger generation, a generation he said is more familiar with hip-hop than old hymns and blues-influenced gospel music.

It was not an easy road to get to where he is today, Bo said. After graduating from Jackson State University in 2009 with a bachelor's degree in Industrial Technology, he got his own house, which he outfitted with a recording studio. He and his friends used to freestyle and play around all the time, but he was not taking it seriously back then, he said. He was more focused on doing work behind the scenes.

"I was more focused on trying to manage and not be in the scene because someone gotta know how to do the business (and) the paperwork," Condo Bo said.

But he noticed that some of the people around him did not have the same work ethic or vision that he had, which made it hard for him to be a manager. In light of this, he started taking rap more seriously and got on the mic himself. The transition into Christian rap started around 2015, but the rapper did not immediately welcome the change.

"At first, when the lord was telling me about gospel music, I thought I couldn't do it at all. I didn't want to do gospel music. It wasn't what I was into," Bo said. "I was almost mad at God. 'You won't bless me with this, and you want me to do that.' I said, 'I'm not even rapping anymore.'"

He stopped rapping. But as he learned more about God and accepted Christianity as his faith, he decided to approach rapping again. In 2017, he released his first Christian rap project on SoundCloud, a four-song EP titled the "Full Armor."

"It's talking about the full armor of God. The helmet of salvation, the shield of faith, the sword. I was just trying to see if I could even do gospel music," he said.

Since then, Bo has started Hallow Music Group, a music ministry based out of Jackson that "promotes supernatural growth and enlightenment to the youth and unchurched," a flyer says. The group's mission is to show the youth and people who are not into church how to work on their salvation by living righteously. The word hallow, which is found in the Lord's Prayer, means holy, which is the type of music Bo wants to make, he said.

Condo Bo is now working on an album called "Supernatural Sauce" and he already has one single out, "Keys to the Kingdom" ft. Kidd Sirachi, with two more singles to follow. The album will feature four Christian rappers from Jackson on the album.

"Everybody is talking. They're sauced up, and I'm dripping in sauce. So I'm coming with the supernatural sauce," he said.

Bo said the youth love his music. They listen to the beats at first and all of a sudden, the words catch them. He's been performing his music in Jackson and McComb, Miss.; St. Louis and East St. Louis, Mo.; New Orleans, La.; and Foley and Mobile, Ala. While Bo enjoys taking the stage and performing his music, he also takes the time to minister as well.

"I don't just go up anymore and do my raps and go. He brings me to talk to people and do my testimony, so they can understand where I came from and where I am now," the rapper said. "It's been sometimes I'll have a whole set going up, and I'll go up there and only do one and then start talking because that's what he wants me to do. I pray before I go up there and ask the Holy Spirit to use me how he wants to use me."

Condo Bo said it's not about blowing up or about the money. The work he does is about praise and worship. When audiences listen to his music, he wants them to understand that God can't be put in a box.

"You can't think that God won't allow rap to come—because how can he touch every four corners of the world, if he's speaking the same language or coming at people from the same avenue? You can have fun with God," he said.

Bo said that happiness is built off of circumstance, but joy is forever and that he's found joy and purpose in the music he makes.

"(Joy) is eternity. It's what the Lord gives you. You gotta choose to be joyful. No matter what your circumstances are, you can still have joy in whatever you're in. I'm on a whole other level with the way I'm trying to live my life," he said.