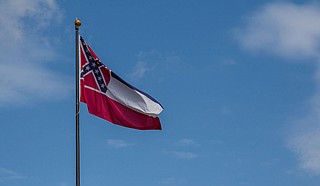 Columnist Duvalier Malone writes that Mississippi Gov. Tate Reeves news to immediately take down all symbols of hate, including the state flag, so Mississippi can begin the process of racial healing and reconciliation. Photo courtesy Tony Webster

Virginia Gov. Ralph Northam announced the removal of the General Robert E. Lee Confederate statue days ago as a way to begin racial reconciliation and healing in Virginia. This comes as the country is in unrest due to the killing of George Floyd, a black man killed in Minneapolis, Minn., at the knee of a white police officer as he was saying the words so familiar to many African Americans, “I can’t breathe.” Eric Garner died in New York City on July 17, 2014, saying the same exact words, “I can’t breathe.”

It is no secret that Mississippi is a place where the struggle for racial harmony has been particularly tough and violent. Every state in the union has done the right and human thing of removing the Confederate symbol from their official state flags.

Mississippi Flag: A Symbol of Hate or Reconciliation?

The Mississippi Confederate flag is a symbol of hate and division. This flag flew on trees from which many of my ancestors were hanged and murdered under this banner of hate. Let’s not forget young Emmett Till, a 14-year-old boy traveling from Chicago who was kidnapped and murdered in Money, Miss., for supposedly whistling at a white woman, Carolyn Bryant Donham, who an author later said admitted lying about it.

Mississippi has a lot of blood on its hands.

Take Down All Symbols of Hate to Start Racial Healing

In order for true healing and racial reconciliation, Reeves must use his executive power and take down the Mississippi flag and all other Confederate symbols of hate. I've said it before, and I will continue to say it until everyone listens: The Confederate symbol is neither noble nor righteous. It represents bigotry, hatred and murder.

Reeves must show the world that he stands firm against intolerance. Mississippi can't move forward unless he first is willing to take a stand. This must become the new heritage of Mississippi. He has the opportunity to drive a national conversation and lead at the forefront in the struggle against intolerance.

By refusing to let go of racist symbols and images, Reeves is alienating an entire segment of Mississippi's population. When the State provides a supportive prop for racism in Mississippi, it hurts all residents.

Every year, Mississippi declares the third Monday in January as Robert E. Lee Day, a state holiday celebrated on the same day as Martin Luther King’s Day. Every year, the State declares the last Monday of April as Confederate Memorial Day and April as Confederate Heritage Month. However, every year the state also declares October as Racial Reconciliation Month in an attempt to carry the gospel of racial healing.

How in the hell do you declare Robert E. Lee Day and Confederate Memorial Day as state holidays and April as Confederate Heritage Month and then attempt to carry the gospel of reconciliation in October? If Reeves is only willing to express empty declarations of reconciliation without making any real change, what's the point? Reconciliation denotes action. The flag is offensive to African Americans. There is no debate on that. The Confederate emblem must go.

Time to Pray for Guidance, Governor

Now is the time for Reeves to search his heart and pray to God in which he claims is leading his decisions in the state.

Take down the Mississippi Confederate flag. Denounce the Robert E. Lee and Confederate Memorial state holidays. Refrain from declaring April as Confederate Heritage Month. Remove all Confederate symbols of hate. This will truly begin the racial healing for Mississippi.

White Southerners Who Changed Their Mind About the Flag 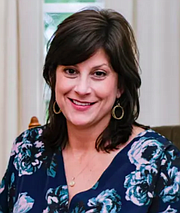 Donna Ladd talked to white Mississippians who changed their minds about the Mississippi flag for The Guardian.

This will send a message to the world that Mississippi will no longer support symbols of hate and are taking actions to change its dark past. We are approaching 65 years of the death of Emmett Till, who was kidnapped and murdered in Mississippi and has yet to receive justice. Now is the time to honor the life and legacy of Emmett Till, George Floyd, and the many African Americans who have been killed in America due to racism and hate.

Give a damn about the people of Mississippi. Create a Mississippi flag for all Mississippians. Allow Mississippians to celebrate Martin Luther King Jr. Day without the shadow of hate. Replace Confederate Memorial Day with Emmett Till Day as a state holiday to honor his life and legacy for what his life did for the Civil Rights Movement.

I ask Gov. Tate Reeves to search his heart. Do you believe in good faith that the God of love, faith and hope would want the Confederate flag to stay as the symbol of Mississippi? Remove all symbols of hate and create a new day for all Mississippians.

Duvalier Malone is the author of "Those Who Give A Damn: A Manual for Making a Difference," a motivational speaker, a community activist who has organized numerous of rallies to attempt to bring down the Confederate flag in Mississippi, and CEO of Duvalier Malone Enterprises, a global consulting firm. He lives in Washington, D.C. Read related stories at jfp.ms/slavery