OPINION: What Is Wrong with America Is Us White People 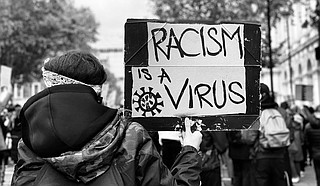 K. Jason Coker writes that many white people cannot believe America is great and also believe nonwhite people when they describe their lived experience in the same country. This must change, he says. Photo by John Cameron on Unsplash 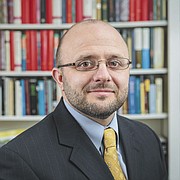 This word is for white people. I will start with my own identity: I am a white, heterosexual, 43-year-old man from Mississippi. There is a crisis of belief among what has felt like the vast majority of our white sisters and brothers throughout this country. Historically, we don't believe people who are not white.

"We" must suppress their capacity to vote in "open" elections, not spend too much money to educate them, not pay them too much money for their labor, not worry too much about them being shot and strangled to death by the police.

Floyd must have done something terrible for a police officer to hold him down like that with his knee on his neck, right? Because we can't believe that a cop would do something like that without good reason—because we don't believe nonwhite people when they tell us over and over again that this is exactly what happens.

We can't believe them because we believe something else. We believe that police are here to protect us. They are there when you need them most. They are there to help. And in our lived experience this has been true. When we call 911, we get help: Help is on the way! That's exactly how the system works for us.

Our experiences with law enforcement, banking, real estate, education, health care, etc., are generally good. These institutions are put in place for us to live at peace and even get ahead—and that's been our lived experience. With that kind of experience, we must live in one of the greatest countries in the world. A country where you can do better by working harder. Where we are rewarded by doing the right thing.

It is obvious what the majority of white people believe. We, in large part, believe in America. Not just that, we choose to believe in America. That is the white choice, and it is also the wrong choice. It is wrong because America cannot be great until there is real equity in lived experience across all our different identities. America cannot be great just for white people. If that's the case, then it is not a great nation.

Here is what absolutely amazes me. So many African Americans and other nonwhite people believe in this country, too! Martin Luther King Jr.'s dream was of an America that lived into its professed values of liberty and freedom for all. The Mississippi civil-rights icon Medgar Evers fought for this country in World War II and could not vote for the governor of Mississippi or the U.S. president when he came home from war.

Even now, when there is concerted effort to suppress African American voters through voter registrations, gerrymandering and the closing of DMVs in predominantly African American towns where one has to show their ID cards to vote, many black Americans still participate in the systems and seek to change the inequities that have been historically piled on their backs. Their belief in America is astonishing—so astonishing that even white people should be inspired by their belief in this country, and work to move toward its best ideals. These nonwhite believers are not the problem.

If we believed, we could change what's wrong.

K. Jason Coker is the coordinator of the The Cooperative Baptist Fellowship of Mississippi.