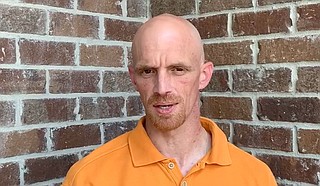 Polls closed at 7 p.m. although voters still in line at that time were allowed to cast their ballot.

Thompson won a 1993 a special election and is the longest-serving member of Mississippi’s current congressional delegation. He's also the only Democrat and the only African American representing the state on Capitol Hill. He chairs the House Homeland Security Committee.

Neither Flowers nor Carey has filed a campaign finance report with the Federal Election Commission. Thompson has more than $1.4 million in his campaign fund.

The 2nd District stretches along the Mississippi River, through the Delta and into Jackson.

The only other race in Mississippi on Tuesday was a nonpartisan special election to fill a vacant seat in the state House of Representatives. It is in parts of Jasper and Jones counties.

Robin Robinson beat Michael Walker in that race. A third candidate, Jason Dykes, appeared on the ballot but dropped out.

Robinson will finish a term started by Republican Ramona Blackledge, a freshman lawmaker who stepped down because of a dispute about her ability to collect her state pension while serving in the House. The term ends in January 2024.