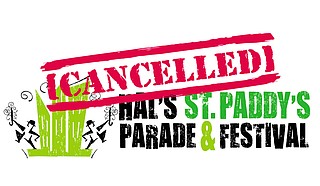 Since COVID-19 made its way to the continental United States, the virus has forced organizations to cancel or postpone events that have been embedded into the lives of citizens. On Wednesday, March 11, the pandemic halted the production of a Jackson staple, Hal's St. Paddy's Parade & Festival, as Hal & Mal's announced that this year's iteration of the event has been cancelled under the advisement of the Mississippi State Department of Health and the CDC, soon followed by most other scheduled events.

The parade and festival typically draws between 70,000 to 80,000 people into the area, both locals and those from beyond Mississippi's borders. Meanwhile, in the wake of COVID-19, the CDC was advising against large groups (now it's down to 10 people), which influenced owner Malcolm White's early decision. "The great concern is the potential spread of the virus, and the idea of assembling a crowd this large with people coming from many places was just more risk than I was willing to take," White said at a March 12 press conference. "This conversation started about public safety back in June when I said I could not put the parade on any longer without the proper barricades, proper insurance (and) proper police safety. It would just be irresponsible to now disown my interest in public safety."

Sub-events directly affiliated with the parade similarly cancelled, including the children's festival, the pet parade and the 5k run, following as we go to press by most scheduled events in the Jackson metro area.

The Doo Dah Day New Car Giveaway will still take place. Patty Peck Honda offers a new 2020 Honda HR-V 2WD LX to the winner, who will be announced at Hal & Mal's on Friday, March 27, at 6 p.m.

Raffle tickets are $15 apiece and may be purchased through foch.org. All proceeds go toward Children's of Mississippi, otherwise known as the Batson Children's Hospital, which had been the planned beneficiary for this year's parade, as it long has been.

As of press time, Hal & Mal's still intended to have some sort of celebration on March 28, albeit on a much smaller scale, by hosting a variation of the originally organized after-party, with further details to be determined and announced at a later date.

White did say in the conference, though, that the planned event would feature live music and that attendees will be invited to wear costumes.

The time, money and effort that many have put into their floats and other investments for the parade have not been entirely wasted, though. This year's theme, "Here's Looking at You, Rude," and grand marshal Trace Alston will carry over into next year's iteration of the event.

All float registration fees, however, will be fully refunded. To avoid confusion, Hal & Mal's prefers to not hold registrations until next year, White said.

"When you've been doing something for 36 years, and suddenly you realize you're not going to be able to do it, it's heartbreaking," he said. "It's heartbreaking because the city appreciates, loves, expects and really loves doing this. ... (But) I think with each passing day I'll feel more and more assured that this was the right thing to do."