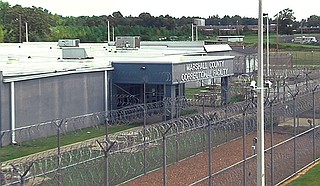 JACKSON, Miss. (AP) — Officials have identified a coronavirus outbreak at a prison in the Mississippi Delta in which more than 50 inmates have tested positive for COVID-19.

Singh said the facility began contact tracing and identified 109 inmates who were either living in the area of the three positive inmates or had contact with them.

“The Mississippi State Department of Health was notified immediately and MSDH officials tested all 109 inmates Tuesday. Of those, 53 test results came back positive. Four other positives from the week before mean there are 57 active cases at MCCF,” Singh said in a news release.

He said most of the affected inmates are asymptomatic, with just a few showing mild symptoms. “One inmate was hospitalized at the beginning of the outbreak, and has recovered while another inmate remains under observation,” he said.

MDOC Commissioner Burl Cain said they have been working with the private operators of the prisons all year to prevent outbreaks “by performing strict testing of each person who enters the facilities while enforcing masks, social distancing and constant sanitization. We have separated and quarantined all affected inmates and have stopped all movements between prisons.”

Cain said the entire Marshall County Correctional Facility will be quarantined for an additional 14 days each time an inmate tests positive for COVID-19.