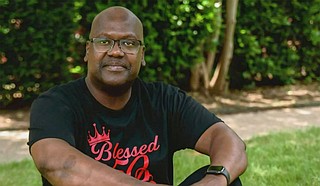 OXFORD, Miss. (AP) — A human rights award has been presented to the defense team for a Mississippi man who was freed from prison in December after more than 20 years and this year had all charges dropped against him.

Flowers was convicted multiple times in a slaying and robbery at a small-town furniture store in 1996. The U.S. Supreme Court threw out the most recent conviction in June 2019, citing racial bias in jury selection.

The award was presented online at the 24th Annual Frederick Douglass Awards ceremony, which featured remarks from members of the defense team and from Flowers.

Four people were shot to death on July 16, 1996, in the Tardy Furniture store in Winona. Flowers was convicted four times in the slayings: twice for individual slayings and twice for all four killings. Two other trials involving all four deaths ended in mistrials.

Each of Flowers’ convictions was overturned. In June 2019, the U.S. Supreme Court tossed out the conviction and death sentence from Flowers’ sixth trial, which took place in 2010. Justices said prosecutors showed an unconstitutional pattern of excluding African American jurors in the trials of Flowers, who is Black.

The Supreme Court ruling came after American Public Media’s “In the Dark” investigated the case.

The Frederick Douglass Human Rights Award recognizes people and organizations that have made significant contributions to the enhancement of human rights in the justice system, said Sara Tonochi, SCHR executive director.

“With this award, SCHR honors their bold advocacy, unshakable commitment to speaking truth to power and the palpable compassion that they express for those whom society would discard,” Tonochi said of Flowers' defense team.

Previous honorees include U.S. Rep. John Lewis, the Rev. Joseph E. Lowery and Bryan Stevenson, executive director of the Equal Justice Initiative and author of “Just Mercy: A Story of Justice and Redemption."