OPINION: Black Women Have Shown Us The Way; We Must Keep Feet on The Gas 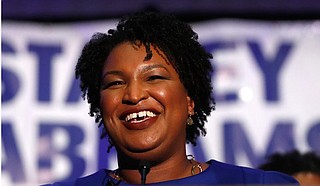 Stacey Abrams didn't retire from politics so that she could fade into obscurity and lick her wounds, columnist Duvalier Malone writes. She decided that she would keep her foot on the gas because she saw how close she had come to creating change in her home state of Georgia. Photo courtesy Stacy Abrams 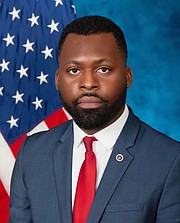 Black women have made a mark on the electoral map of America. And they're just getting started. With strong progressive Black female political figures such as Vice President-elect Kamala Harris and Stacey Abrams leading the way, Black women are poised to take this new decade by storm.

Many political pundits have been shocked by the electoral map flip of Georgia—a historically infamous Republican stronghold. Georgia turning blue paved the way for the election of our new president-elect. But what happened to cause Georgia to make such an epic change and land in a position that is diametrically opposed to their past voting habits?

I have two words for you: Stacey Abrams.

After her failed gubernatorial bid in 2018, Stacey Abrams didn't retire from politics so that she could fade into obscurity and lick her wounds. No, she decided that she wouldn't let up, that she would keep her foot on the gas, because she saw how close she had come to creating change in her home state of Georgia. She built a grassroots organization from the ground up, and she put people on the ground to talk to voters, both new and old. Her organization was able to show the people of Georgia that it was possible for them to matter if they just decided to come out and make their voices heard.

But now that the election is over, we're left to wonder: what's next?

I say we should have the latter.

We need cooperation in Washington, not more of the same gridlock that has infected our government for the past 12 years. We need change. And it seems that Black women are leading that change in the right direction.

But while they do the hard lifting for the Democratic Party and are ensuring that we get wins that can benefit the people of America, we can't forget that Black people are most in need of aid. Black communities are getting hit hardest by COVID-19, and our pandemic-affected economy has wiped out the financial gains of many Black households.

Well, we need help on day one.

Black People Deeper in a Hole After Trump

Our current President has cast the Black community to the side, literally feeding us scraps, while proclaiming himself the savior of Black America, and proudly touting his self-given label, that he is the "greatest president for Black Americans since Abraham Lincoln.”

I won't comment on the absurdity of that claim, but I will say that four years of this administration has not been kind to Black people. We have been devastated these last four years, losing many of our civil-rights protections while also losing our lives.

We have been at a disadvantage for the past 400 years in America, but we've always made steady progress—except for the last four years. In these last couple of years, we have gone backward instead of forward.

Now that we are deeper in the hole, it's imperative that the new administration work to regain for us what we have lost, while ensuring that we can be placed in a position to make progress. And I truly believe that they will do this for us. But we can't become complacent just because the election is over.

We must remain involved in the political process. We have to call out the wrongs of politicians, while spreading the news when they've done something good.

America is currently gripped by misinformation, and we have to do our part to fight it. We have to do what former President Obama told us to do: We have to get informed.

Let's get informed, and let's stay involved. Let's make demands. It's time for us to take our seat at the table. Black Americans have been the backbone of American progress ever since we've been in this country. We have fought valiantly in American wars, we have committed ourselves to American values, and we have loved America even when America didn't love us back.

It's time for our community to make real progress. Really, it’s past time.

It's time for all of us to work together. If this election has proven anything, it has shown us that we can be the change that we want to see.

Let's do what Stacy Abrams did. Let's keep our foot on the gas and keep moving forward.

Duvalier Malone is the author of "Those Who Give A Damn: A Manual for Making a Difference," a motivational speaker, community activist and CEO of Duvalier Malone Enterprises, a global consulting firm. He lives in Washington, D.C.