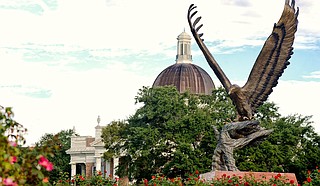 Many Mississippi-based universities, including the University of Southern Mississippi, have decided to cut spring break from their spring 2021 semesters, opting to instead have shorter semesters that end in April.

JACKSON, Miss. (AP)—Several Mississippi colleges and universities have decided to cut spring break in favor of ending their second semesters early because of safety concerns amid the coronavirus pandemic.

“These modifications help us continue to protect our students and employees while holding a full semester of teaching and learning,” David Shaw, Mississippi State provost and executive vice president, said in a statement.

Officials from other universities in the state said they have not yet finalized plans for next semester. Decisions will be announced in the coming weeks.

The state Health Department said Monday that Mississippi, with a population of about 3 million, has reported more than 100,000 cases and at least 3,000 deaths from COVID-19 as of Sunday evening. That’s an increase of 215 confirmed cases and zero deaths from numbers reported the day before.