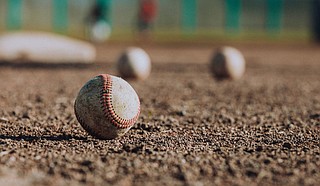 A sports complex is being planned at the site of a former water park near Mississippi's capital city, according to officials. Photo by Mike Bowman on Unplash

JACKSON, Miss. (AP) — A sports complex is being planned at the site of a former water park near Mississippi's capital city, according to officials.

P360 Performance Sports announced Tuesday a project under development for the property where Rapids on the Reservoir park once operated at the Ross Barnett Reservoir in Rankin County.

The baseball academy has operations in Jackson and Hattiesburg, and the 27-acre (11-hectare) commercial property is set to be the site of its new headquarters. Plans for the property include a new baseball academy and training center, turf baseball fields and areas for athlete performance training and sports medicine, officials said.

It is also set to have a volleyball center, restaurant and hotel, among other features. The company said the Pearl River Valley Water Supply District Board of Directors has approved initial plans, according to news outlets.

The site is about 5 miles (8 kilometers) northeast of Jackson, and proponents of the development said the location would make it ideal for a large travel baseball community within driving distance of the area.