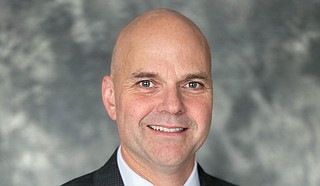 Attorney Chris Wells is being nominated to lead the Mississippi Department of Environmental Quality after serving as the agency's interim director since January. Photo courtesy State of Mississippi

JACKSON, Miss. (AP) — An attorney is being nominated to lead the Mississippi Department of Environmental Quality after serving as the agency's interim director since January.

Chris Wells was the agency's chief of staff for six years and previously worked as its senior attorney. He became interim director when Gov. Tate Reeves was inaugurated.

“Chris is a dedicated public servant who has spent the bulk of his career working for the people of Mississippi," Reeves said in a news release announcing the nomination Tuesday. “He knows what it means to put their priorities first, and he has been a steady hand in this vital role since I took office. I have the utmost confidence in him, and I know that he will continue to serve the people well.”

Wells will need to be confirmed by the state Senate. Legislators return to the Capitol for their next regular session in January. It's not unusual for agency directors to serve several months before senators consider a nomination.

“I look forward to continuing our efforts to protect Mississippi’s air, land, and water," Wells said in the statement. “Our mission is to look out for the people of this state, and ensure that we can always be proud of our incredible God-given resources.”