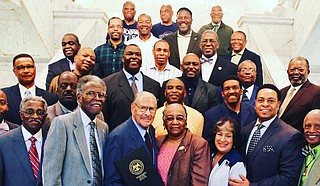 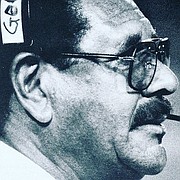 Gorden is considered a Jackson State foundation builder as he built a team that dominated the Southwestern Athletic Conference. He started his career as defensive back coach and head baseball coach at JSU.

He led the Tigers to a SWAC baseball title in 1972. In 1976, JSU named Gorden as interim head football coach. JSU then named him the full-time head coach in 1977, and the rest turned out to be perfect for the Tigers.

Under Gorden the Tigers reached the NCAA Playoffs nine times during his tenure as head coach. At one point he led JSU on a 28-game conference streak as the Tigers dominated their SWAC foes.

After stepping down as JSU head football coach, Gorden stayed with the university, becoming athletic director at JSU from 1991 to 1994 before retiring from sports.

Gorden played his college sports at Tennessee State University. He was a four-time letter winner at first base and a team captain. He earned two-letters in football as a wide receiver. He served in the United States Army from 1953 to 1955.

The future hall of famer started his coaching career at Eva Gordon High School from 1966 to 1967. He coached football, baseball, track and served as athletic director.

Gorden’s next stop was Temple High School where he was the athletic director and head football coach. He won the high school Negro Big 8 Conference State Champions in 1966.

In 1997, the Mississippi legislature honored Gorden as the winningest head coach in JSU history. The legislature also honored Gorden for his work in academics as the Tigers enjoyed a higher graduation rate than any other school in the SWAC and higher than the student body at JSU.

Finally, he was named to the Black College Football Hall of Fame in 2015. It was Gorden that made the Jackson State job high profile enough to lure current coach Deion Sanders to his new head coaching position.