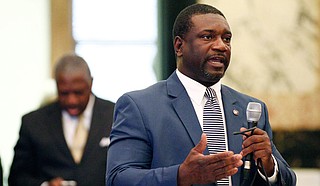 Accessibility to parole hearings would extend to more inmates across Mississippi’s state prison system if Gov. Tate Reeves signs legislation passed in the state Senate this week. Senate Bill 2975 would expand the potential for parole to inmates serving sentences for a number of crimes, both violent and non-violent.

Out of numerous proposed bills dealing with parole reform, Senate Bill 2795 became the only one to successfully reach the governor's desk during this legislative session. Reeves vetoed similar legislation last year, leaving the future uncertain for this year's version.

Similar legislation included House Bill 796, which would have limited the breadth of Mississippi’s current habitual-offender laws. Under current law, any three consecutive felony convictions carry an automatic sentence of life imprisonment. HB 796 would have constrained this sentencing to the three felonies occurring within 15 years, as well as requiring that the last felony be a violent crime. This bill died in the House yesterday.

Though SB 2795 has bi-partisan support, the Mississippi Prosecutors Association and the Mississippi Sheriffs’ Association take issue with the bill’s extension of parole to include those serving time for violent crimes. Similar opposition contributed to the governor vetoing last year’s SB 2123.

Reaction among supporters has been positive, though tempered by the compromise restrictions and uncertainly over whether Reeves will sign the bill. In a statement to the Jackson Free Press, State Public Defender Andre de Gruy addressed the pairing back the legislation undertook in order to pass.

“That said we understand that the Legislature had to pass something that took into consideration the objections voiced by the governor in vetoing SB 2123 last year,” de Gruy said. “I think this bill addressed those concerns and then some. … I hope he will sign it.”

Criminal-justice reform organization FWD.us released a statement with a similar sentiment, regretting the late action but celebrating the passage of some measure of reform.

“SB 2795 begins what will need to be many more years of work to reform the state’s restrictive parole laws—laws that have not made our communities any safer and that have torn apart countless families and communities,” the statement reads.

“The cost of inaction and delay is far too high. SB 2795 came too late to save the dozens of people who were not eligible for parole and died in prison since legislators started working on these reforms. We are also devastated that, for the second year in a row, legislators failed to pass reforms to the state’s harmful habitual sentencing laws.”

“The policies in the final bill represent hope for hundreds of Mississippians who will be eligible in the near future for an opportunity to return home,” the statement said. “By prioritizing this critical parole reform legislation, lawmakers have done their part to push meaningful policy forward that safely reduces the prison population, reunites families, and saves taxpayers millions of dollars. Now it’s time for Governor Tate Reeves to do his, and sign SB 2795 into law.”