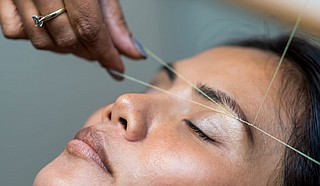 Mississippi no longer requires professional licenses for people who offer low-risk beauty services, a change that will save residents thousands of dollars and hours of time spent on training. Photo by Rune Enstad on Unsplash

JACKSON, Miss. (AP) — Mississippi no longer requires professional licenses for people who offer low-risk beauty services, a change that will save residents thousands of dollars and hours of time spent on training.

House Bill 1312 was signed by Gov. Tate Reeves April 9, and it became law immediately. It removes certification requirements for people who work as eyebrow threaders, eyelash technicians or makeup artists.

The Mississippi State Board of Cosmetology previously required people who receive money for these services to earn an esthetician license. The license requires training and exams, but none of the training deals with applying false eyelashes or eyebrow threading, the technique of using a single strand of cotton thread to remove hair.

The legislation was prompted by multiple lawsuits against the board.

The first was filed in 2019 on behalf of eyebrow threader Dipa Bhattarai by Mississippi Justice Institute, the legal arm of the Mississippi Center for Public Policy, which advocates for free markets and limited regulation.

Bhattarai, now 26, was forced to close her eyebrow threading business in early 2018 after she received a citation for not having a license.

She started her business while studying for an accounting degree at Mississippi University for Women in Columbus, as a way to help pay for school.

She started in a mall kiosk and soon expanded to two storefronts, in Starkville and Columbus. She served more than 3,000 customers in two years of business.

When she had to close, four employees lost work. Bhattarai, who had just begun graduate school, lost thousands of dollars of business, all the while continuing to pay rent for her stores, which were under lease.

“A lot of times the people who are trying to get their start in life and get into the market or the workforce are young people who may not have an occupational license,” he said. “That barrier may be more than they can overcome in order to get into a work setting.”

In 2020, Madison eyelash technician Amy Burks threatened litigation against the Board of Cosmetology after it threatened to shut down her business of five years because she had no license. Another lawsuit was filed by Fulton makeup artist Karrece Stewart in 2020.

Stewart said she was inspired to push for the law after hearing about Melony Armstrong, a Black woman who fought to get a law passed removing licensure requirements for hair braiding 15 years ago.

“She told me what I needed to do to make my dream come true,” said Stewart, who said she spoke with Armstrong when preparing to file her lawsuit.

Standing in her salon on Wednesday, Burks said she is grateful to be able to continue her work legally now that the law has changed.

“For me personally, it was an integrity issue. It really bothered me to think that I was doing something illegal,” she said. “We have so many clients, and this has just been so overwhelming — all the support that we have gotten.”