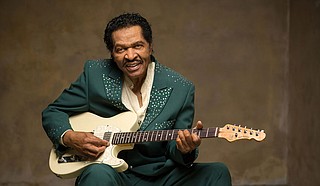 JACKSON, Miss. (AP) — A street in Mississippi's capital city could be getting a new name.

Rush was given a standing ovation as he approached the podium to thank the council for considering such recognition for him.

“I never dreamed that I would have this honor from you guys, to name this street after me. I’ve been up for Grammy six times and won two of them,” he said.

Rush, who said he’s recorded 398 records, said he no longer tells his age, “I’m over 85 but not quite 90,” but did share several stories of the racism he and his family experienced in the Jim Crow South.

“I’m in tears because I remember three white guys, two riding a horse and one guy leading a horse, when my daddy was getting hay out of a barn as a black man. They asked my mom, ’What are you doing with this n-word.? (And she said,) ‘That’s what I am too,’" he said. “She had to go into the store and prove she was a Black woman to save my daddy’s life.”

The proposed ordinance is expected to be expedited through the approval process. City Attorney Monica Allen said before the ordinance can be passed, several steps have to be taken, including notifying businesses along the roadway of the potential change.

The council initially considered renaming a smaller stretch of Ellis after the legendary performer but was told by Planning Director Jordan Hillman that it would be less expensive to rename the entire street.