EDITOR'S NOTE: Mississippians, Take Care of One Another, Don’t Feed the ‘Virus-Animal’ 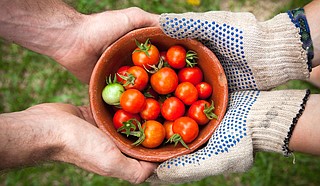 Editorial Assistant Shaye Smith views Mississippians as generous people who care about their neighbors and take care of one another. As such, she encourages residents to receive their COVID vaccines to reduce chances of viral mutation and a prolonged pandemic—a way to stop the “virus-animal,” she writes. Photo Elaine Casap Unsplash 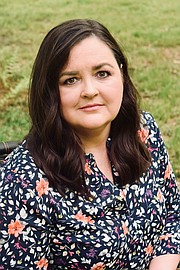 It’s hard to believe that summer vacation is nearly over. Schools all over the Jackson area will be opening their doors and welcoming their students back in the next couple of weeks. For the kids, teachers, administrators, and others whose days revolve around schools, lessons, homework and such, it’s time to squeeze the last bits of fun and/or leisure out of summer break and start gearing up for the new school year.

After the strangeness of the last school year—not to mention the one before that, which ended unexpectedly early for many—I think most everyone is hoping for some normalcy. With the delta variant gaining ground around us, though, it remains to be seen how that’s going to play out. Normalcy may still be quite a way in the future.

It doesn’t have to be that way, though. We have the means to end this pandemic that has taken so many from us and, for those of us fortunate enough to simply be inconvenienced, been such a previously unimaginable disruption to our lives. We’ve been blessed to receive an effective vaccine in a remarkably short amount of time.

Outbreaks of disease have ravaged civilizations since civilizations have existed. In all of those outbreaks throughout history, people have died, and other people have been left behind to mourn them, because there was no other option. They were helpless and at the mercy of the disease. We, on the other hand, have been given the means to put this pandemic behind us and get on with our lives, and yet many people, for one reason or another, won’t take it.

I’ve lived in Mississippi my whole life—well, except for a few years in Texas when I was in seminary. All the people whom I have loved and looked up to, and who shaped me into the person I am, were life-long Mississippians. So, I know something about Mississippians, and they are not, generally speaking, selfish people.

Mississippians are people who care about their neighbors and take care of one another. They bring casseroles and show up for funerals. After a tornado or hurricane, they work together to cut up downed trees and make sure everyone has a roof over their head. They share vegetables from their gardens. They ask how your mama’s doing and actually care about the answer.

So, it didn’t make sense to me that they would let their neighbors suffer—and contribute to the problem even—rather than help put a stop to it. Then it occurred to me: they must not know.

I think that too many people don’t realize that it’s not about you or me, but us. I don’t think it’s been explained often enough in a way that people understand how much of an “us” thing it really is. Someone explained it to me this way, and it made me think, “Why haven’t they been telling us this?” Maybe it will make as much sense to someone reading this as it did to me.

Let’s think of the virus as an animal. It’s not a perfect analogy. Viruses aren’t animals. In fact, there’s debate about whether they qualify as being alive. And they don’t literally feed on their host, but they do require a host to survive, and they use the cells of that host to multiply. So, as I said, the analogy isn’t perfect, but it helps me to get my brain around the idea.

This virus-animal is out there among us, attacking everyone it encounters. It doesn’t attack people because it’s a horrible, evil animal. It attacks to survive. It has to eat, or it will die. So, it finds an unprotected person, attacks, feeds off them, and then what? It multiplies. Now there are two animals, and they go off to find two more people to attack. They feed, and multiply, and go on to find four more people. And so forth, and so on, doubling in number every time. (I should probably point out here that I’m only saying “doubling” for the sake of the illustration. In reality, the Delta variant of this virus is thought to spread, on average, to five to eight people from each infected person. That changes the math pretty drastically.)

Now, if the animal attacks a person who is protected, his attack is not as successful. The protected person’s immune system fights him off, he doesn’t eat, and he dies. He doesn’t multiply. He doesn’t go on to attack two more people. Even if he does manage to get his claws into a protected person—no form of protection is 100% effective­—it’s a weakened attack. The protected person is armed, puts up a fight, and in all likelihood will be able to defeat him. He won’t get a full meal, and he’ll be far less likely to multiply and move on. So, the animal will still likely die.

The more people who are protected, the fewer opportunities the animal has to feed and multiply, and the more he dies. (I told you it wasn’t a perfect analogy.) Eventually, if we don’t offer him any significant food source, we can starve him out. That’s when this thing will be over, and we can get back to normal.

This is the important, love-your-neighbor part, though: Every unvaccinated person offers the hungry virus-animal a chance to feed, and to multiply and to attack your neighbors. Most of those neighbors will survive, but some won’t. I don’t believe Mississippians—not the kind I know and love, anyway—are people who can live with that.