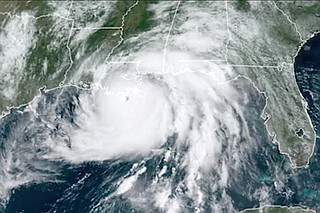 Northern District Public Service Commissioner Brandon Presley said that, as of this morning, 124,000 Mississippians have lost power in the wake of Hurricane Ida’s slow ascent through the Magnolia State. For many, dangerous conditions, winds and flooding will continue. Photo courtesy MEMA

Tropical Storm Ida has lost much of its initial power after landfall, but it continues to scale Mississippi, bringing harsh winds and heavy rainfall to areas along the coast and southwestern portion of the state. Residents in the path of the storm should continue to exercise extreme caution and watch for flash floods, especially individuals living near rivers and creeks. Southern Mississippi remains under storm surge and tropical-storm warnings, and across Mississippi, officials are asking residents to stay off the roads wherever possible.

The National Oceanic and Atmospheric Administration warned early this morning that “damaging winds, especially in gusts, will continue to spread inland near the track of Ida’s center into southwestern Mississippi through this morning and early afternoon. These winds will likely lead to widespread tree damage and power outages.”

“Between linemen, vegetation workers and damage assessment crews, there are well over 2,000 personnel members staged and ready to go with more help from GA and AL coming,” Presley tweeted today.

The Sun Herald reported this morning that officials in South Mississippi continue to request that residents stay in shelter and off the roads. Dangerous conditions and flooding are expected to continue. Floodwater especially is an imminent threat to public health. All residents are strongly encouraged to stay out of floodwaters. Even shallow water can contain swiftly moving currents, as well as infectious diseases and dangerous chemicals.

Tropical Storm Ida currently sits just southwest of Jackson, expected to pass west of the city through Bolton before curving northeast through the rest of the state. In the capital metro area, scattered reports of power outages and downed power lines from Hinds, Madison and Rankin counties are emerging.

Currently, many areas south of Jackson, including much of the area from Florence to Taylorsville, remain under a flash-flood warning. Residents should move to higher ground where possible and always avoid walking or driving through flood waters.