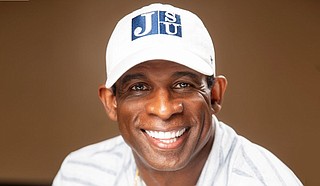 While other college football programs in Mississippi have had several high points this season, Jackson State University's momentum has become undeniable. The Tigers are enjoying an unprecedented run of success.

Since JSU hired Deion Sanders as the school’s new head coach in football, making national news, Sanders has endeavored to change the culture around JSU’s sports offerings, and those efforts have paid off at a rapid pace.

JSU’s games have been highly televised this year. Rivals.com named Jackson State as having signed the No. 1 recruit, with ESPN's Travis Hunter ranking Sanders as the No. 2 recruit in college football this year—thus marking Sanders as the highest-ranked recruit to sign with a Football Subdivision Championship school.

Raking in awards, JSU has gone 11-1 this season and has won its first Southwestern Athletic Conference championship since 2007. The Tigers are enjoying a renaissance that is likely to continue for the foreseeable future as long as Sanders stays in Jackson, Miss.

The Tigers have one more mission to finish off this nearly perfect season: JSU is set to face South Carolina State University in the Celebration Bowl.

COVID-19 forced organizers to cancel last year’s Celebration Bowl, but the game returns for 2021 as the champion of the SWAC meets the champion of the Mid-Eastern Athletic Conference. South Carolina State enters the game at 6-5 overall but 5-0 in MEAC play. The Tigers and Bulldogs will get to showcase the two top HBCU conferences at the highest level of play.

Defense is where JSU has an edge in this game. The Tigers only allow 255.9 yards per game on defense ,and the Bulldogs allow 353. JSU has the offense to score points and the defense to stop South Carolina State’s offense.

The MEAC has dominated the Celebration Bowl since it began in 2015, going 4-1 over the same time frame. Only Grambling State University has carried the SWAC to a victory, and Alcorn State University is 0-3 in the game.

I predict that JSU gets it done with a 34-18 win and finishes the season with 12 wins and even more momentum heading into the 2022 season. The Celebration Bowl kicks off at 11 a.m. with ABC providing the national broadcast.

This sports editorial does not necessarily reflect the views of the Jackson Free Press. Read more sports coverage at jfp.ms/sports.