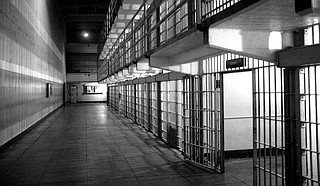 A Mississippi legislative watchdog group is questioning the effectiveness of a nonprofit company that provides job training for people in prison. Photo courtesy Emiliano Bar on Unsplash

JACKSON, Miss. (AP) — A Mississippi legislative watchdog group is questioning the effectiveness of a nonprofit company that provides job training for people in prison.

The Joint Legislative Committee on Performance Evaluation and Expenditure Review, or PEER, said in a recent report that the Mississippi Prison Industries Corporation has not maintained a proper database to show how many inmates are receiving job training, the Northeast Mississippi Daily Journal reported.

The PEER report said Prison Industries “has been subjected to little oversight, neglected its statutory duties, and struggled with financial stability.”

The report also said the corporation's "lack of operational and financial success has raised serious concerns regarding the entity’s ability to remain viable.”

The Legislature created Prison Industries decades ago to provide job training for inmates and reduce recidivism.

The PEER report said Prison Industries does not have enough data to give an accurate recidivism rate and has not targeted inmates most likely to need recidivism prevention. It also said the training offered has a slim chance of turning into a job.

Bradley Lum, the CEO of Prison Industries since 2019, told the Daily Journal that he respects the PEER committee but believes his organization's work speaks for itself.

“We want to help every person that has touched our correctional facility to be the best person that they can be,” Lum said.

He said during the past 12 to 18 months, the company has connected more than 200 inmates with jobs and only one of them has returned to the prison system.

The state’s goal in creating the prison industry corporation in the 1990s was to give incarcerated people skills and training they could use to gain a meaningful job once they got out of prison and to reduce the costs of running state government.

The Prison Industries employees would train the inmates who would produce goods that could be sold. Profits would transfer back into the organization.

Because of this arrangement, Prison Industries receives no money from the Legislature and must operate from the revenue it produces. The organization has continued to lose money the past several years, according to PEER.

A 2018 PEER report raised similar financial concerns. At the time, the group recommended three options: The corporation could seek Chapter 11 bankruptcy protection, ask the Legislature to dissolve the organization or cut its unprofitable product lines. The organization chose the third option.

Mississippi is one of two states that operates its prison industry program through a nonprofit corporation. Most states use their corrections department to carry out inmate training programs.

In the recent report, PEER advised the Legislature to consider abolishing the nonprofit and merging its duties with the Department of Corrections.

Last week, the Department of Corrections said it is working with Mississippi Prison Industries and a veterans program to teach welding to some inmates as a way to prepare them for jobs once they leave prison.