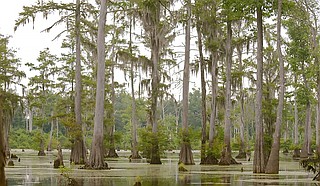 JACKSON, Miss. (AP) — Some state parks in Mississippi could come under private management in coming months.

The Mississippi Department of Wildlife, Fisheries and Parks will seek bids soon from vendors to handle the functions of at least one park, communications director Jennifer Head told the Northeast Mississippi Daily Journal.

The department earlier this year asked if private groups were interested in managing a park. Head said two groups responded. She would not reveal which parks are under consideration for privatization, but said that information would be included when the bid invitation is published.

House Wildlife, Fisheries and Parks Committee Chairman Bill Kinkade, a Republican from Byhalia, said the privatization move is the culmination of a year of his visiting state parks.

“I look at things from a profitability standpoint,” Kinkade said.

He said some state parks that could see private management are Hugh White in Grenada, John Kyle in Sardis, John Cossar in Oakland and Wall Doxey in Holly Springs.

The agency's decision to potentially partner with a private company comes after Senate Wildlife Fisheries and Parks Committee Chairman Neil Whaley, a Republican from Potts Camp, introduced a bill during the 2021 legislative session to privatize management of several state parks and turn some over to local governments.

After objections from county supervisors, Whaley changed the bill to establish a study committee to examine all state parks and make recommendations to improve them. The bill later died in the House.

A provision in the agency’s budget allows the executive director of the Department of Wildlife, Fisheries and Parks to enter an agreement with a private organization to manage any state park, regardless of legislative input.

State parks have faced years of neglected maintenance. The department said earlier this year it had a $147 million maintenance backlog. When the Daily Journal asked for more information about this figure, the agency could not account for the source of that estimate.The Legislature’s watchdog agency criticized the management of state parks and said only five parks turn a profit.

​It is not publicly known which private vendors responded to the department's request for information about privatization, but at least one recreational management company, Vista Recreation, has a registered lobbyist in the state.