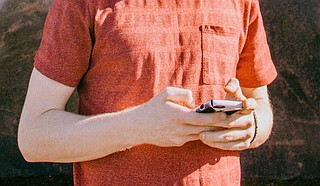 The material could include pictures shared during a relationship that were only intended to be seen by the recipient. It could also include images of someone being molested.

The bill defines the material as photos or videos of a person's private body parts that are exposed or engaged in sexual conduct.

Senate Bill 2121 goes to the House for more debate.