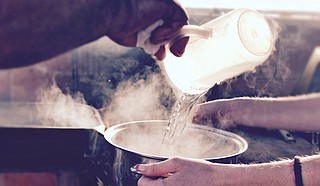 Photo by Yosef Ariel on Unsplash

Due to the extreme cold weather and low temperatures, there have been a number of water main breaks on the City of Jackson’s Well Water System. This has caused an inability to maintain system pressure and some areas may experience low to no water pressure. The City of Jackson Water/Sewer Utilities Division has issued SYSTEM WIDE precautionary boil water advisory until further notice for the following area:

ALL WELL CONNECTIONS ON THE CITY OF JACKSON DRINKING WATER SYSTEM

This is a precautionary advisory. This notice does not mean that your water is unsafe, but it does mean that you must take precaution and boil your water before use. All customers are advised to boil their drinking water until adequate pressure is restored to the system. Water should be brought to a rolling boil for one minute for the following: cooking or baking, making ice cubes, taking medication, brushing teeth, washing food, mixing baby formula or food, mixing juices or drinks feeding pets, washing dishes and all other consumption.

(JACKSON, MS) – The City of Jackson has arranged for water distribution at the following locations:

Available on Friday. Details to be announced separately.