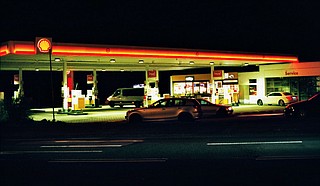 The Mississippi House will consider a bill that could lead to an increase in gasoline and diesel fuel taxes to pay for improvements to state highways and local roads. Photo by Negative Vision on Unsplash

JACKSON, Miss. (AP) — The Mississippi House will consider a bill that could lead to an increase in gasoline and diesel fuel taxes to pay for improvements to state highways and local roads.

The House Ways and Means Committee on Friday passed House Bill 1364, sending it to the full House for more debate sometime between Monday and Wednesday.

Mississippi has had the same motor fuel tax of 18.4 cents a gallon since 1987, and transportation officials have long said the tax fails to generate enough money to cover the costs of highway construction and repairs.

The bill proposes a statewide election on whether to increase the gasoline tax by 10 cents a gallon and the diesel fuel tax by 14 cents a gallon. The referendum would be June 8, the same day as city elections in many parts of the state.

House Ways and Means Committee Chairman Trey Lamar, a Republican from Senatobia, is the sponsor of House Bill 1364. He said the state would issue $2.5 billion in bonds to pay for highways and roads, and the fuel tax would pay off that debt.

“This is to ease a little burden on our truckers,” Lamar said of the phase-in. “I've got nothing but positive feedback from truckers in this state.”

He said some truckers already have contracts to purchase fuel the next several months, and phasing in the tax increase would be easier for them.

The bill specifies that $300 million would go to cities and counties for local road and bridge construction or repairs.