Ex-Crimestoppers Board Member Accused of Embezzlement 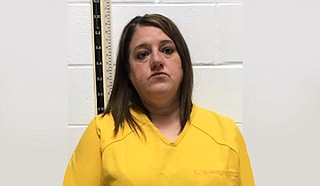 Michelle McBride, a former board member of a Mississippi Crimestoppers' group, has been arrested following her indictment for embezzlement. Photo courtesy Mississippi Office of the State Auditor

JACKSON, Miss. (AP) — A former board member of a Mississippi Crimestoppers' group has been arrested following her indictment for embezzlement.

State Auditor Shad White, in a news release Tuesday, said Michelle McBride surrendered Monday to special agents from his office at the Pearl River County Sheriff's Office. Her bond was set at $20,000. It was unknown if she has an attorney who could speak on her behalf.

McBride allegedly used her position as Secretary/Treasurer of the Pearl River County Crimestoppers to embezzle over $52,000 from January 2014 to April 2019. Investigators believe McBride used the group’s debit card for personal rodeo expenses and transferred PRCCS funds to fraudulent non-profit accounts she owned.

“It is disheartening to see money intended to make our communities safer instead go to someone for their personal benefit, but I am grateful for the work of our investigators and the help of the district attorney’s office in putting a stop to it. We will no longer tolerate this kind of theft in Mississippi," White said.

In addition, he said an $82,416 demand letter was issued to McBride when she was arrested.