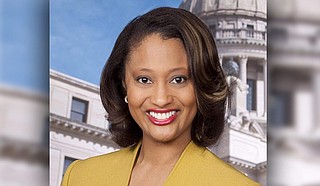 Former state lawmaker Kimberly L. Campbell is the newest member of the Mississippi Department of Archives and History Board of Trustees. Photo courtesy State of Mississippi

JACKSON, Miss. (AP) — A former state lawmaker is the newest member of the Mississippi Department of Archives and History Board of Trustees.

The department is responsible for collecting and preserving historical documents. It also administers various museums and historic sites.

Anderson had served on the nine-member Archives and History board since 2007, when he was chosen to fill another person's unexpired term. He was reelected in 2010 and 2016, and is the board's most recent president.

Campbell is an attorney and is state director of AARP. She served in the state House of Representatives from 2008 to 2016.

The nine-member Archives and History board was established in 1902. Its members have always nominated their own successors, and those nominees have been confirmed by the state Senate.

In March, the Mississippi House killed a Senate bill that would have changed the way board members are chosen. The proposal said the Archives and History board could recommend nominees, but the governor or lieutenant governor could ignore those recommendations and nominate any person they want. The nominees would have still needed Senate confirmation.

Historians opposed the proposal, saying it could have politicized the way Mississippi preserves and presents its history.