Ex-Publisher Nominated for Mississippi Board of Education 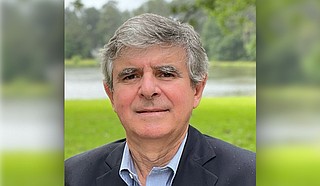 Bill Jacobs of Brookhaven would succeed Jason Dean, who left the nine-member board in February. The nomination must be confirmed by the state Senate. Photo courtesy Delbert Hosemann

JACKSON, Miss. (AP) — Mississippi Lt. Gov. Delbert Hosemann said Tuesday that he is nominating a former newspaper publisher to the state Board of Education, to finish a term that ends in July 2024.

Bill Jacobs of Brookhaven would succeed Jason Dean, who left the nine-member board in February. The nomination must be confirmed by the state Senate.

Jacobs was publisher of the Daily Leader in Brookhaven and Prentiss Headlight in Prentiss until December 2012, when he sold the companies. He currently serves on the board of directors for the National Newspaper Association and the operating board for the Mississippi Economic Council.

“Bill Jacobs has spent his entire career asking questions, researching the facts, and reporting his findings to the wider public to improve his community and exhibit transparency,” Hosemann said in a news release. “These traits, along with his business sense and support for public schools, make him an excellent addition to the Board.”

Jacobs and his wife, Amy Alexander Jacobs, have been members of Parents for Public Schools, and their two children graduated from Brookhaven High School. She was twice named Brookhaven High School Parent of the Year. She is also an advisory board member for the Mississippi School of the Arts.

Jacobs said in the news release that public schools form the foundation of communities.

“Look at the prosperous communities across the state and one will find a single common element — strong public schools," Jacobs said. "Mississippi has had some great successes but so, too, failures. The current brain drain of many of our best and brightest to other states is the most disturbing failure, for its continued path weakens even our best school systems.”

The Board of Education sets curriculum and policies for Mississippi's 450,000 public school students. Five members are nominated by the governor, two by the lieutenant governor and two by the House speaker.

Republican Gov. Tate Reeves recently announced two nominees to the board, and they also await consideration by the Senate. Legislators ended their regular session in early April. They are scheduled to return to the Capitol in January, unless Reeves calls a special session before then. The nominees can serve while waiting for confirmation.